The fashionable destination of the Pontine Islands

As soon as the boat approaches the coast of Ponza, the charm works well before landing On the horizon rise a red lighthouse, houses in pastel colors on a hillside and left a trail of glitter in the sun on the sea…
She drew in his nets celebrities like Ulysses, inspired Fellini who planted the sets of his film “Satyricon” or imprison saw Mussolini at the end of the Second World War …

Wilder and less known than its neighboring Capri or Ischia, Ponza is the largest of the Pontine Islands, although small in area of 7.5 sq km, located in the Gulf of Gaeta (Tyrrhenian Sea). almost mountainous, it quickly jumps to Ponza …
Of volcanic origin because primarily made of tufa, the beaches are rocky in majority. Only Cala Feola is a sandy beach. Frontone is a mixture of both. It has a certain richness in its relief: Caves (caves Pilates), cliffs overlooking the sea (Chiaia di Luna).
An island whose economy depends mainly on summer tourism (the population of Ponza Password 1700 to 40 000 inhabitants in the summer or 3000 25 000 inhabitants according to sources …)

When rushes in Ponza, own mesmerizing light south and the islands of the mediterranean light the pretty white alleys where many shops are located. (Corso Pisacane

We take a drink on the terrace of the café Tripoli to watch the sunset over the harbor but also to be seen.
It essentially runs a Vespa (or Mehari) on a main road nine kilometers across the island in the direction of the length.

If you want to go beyond the port area and Santa Maria, cross the small village “Le Forna”, close to the Cala Feola and Natutali pool.
Find a cove sheltered from the world in crystal clear water that offers a palette of blue and green, accessible only by sea.
On the beaches, especially Ponza is on for its coves that are not always the most comfortable. For long stretches of fine sand beaches, choose another island 🙂

I highly recommend a boat trip going around Ponza that reveals the richness of the relief, its rugged coastline and its volcanic beauty: white stone cliffs, caves, faraglioni (rock near the coast rising out of the water like Faraglioni di Lucia Rosa) 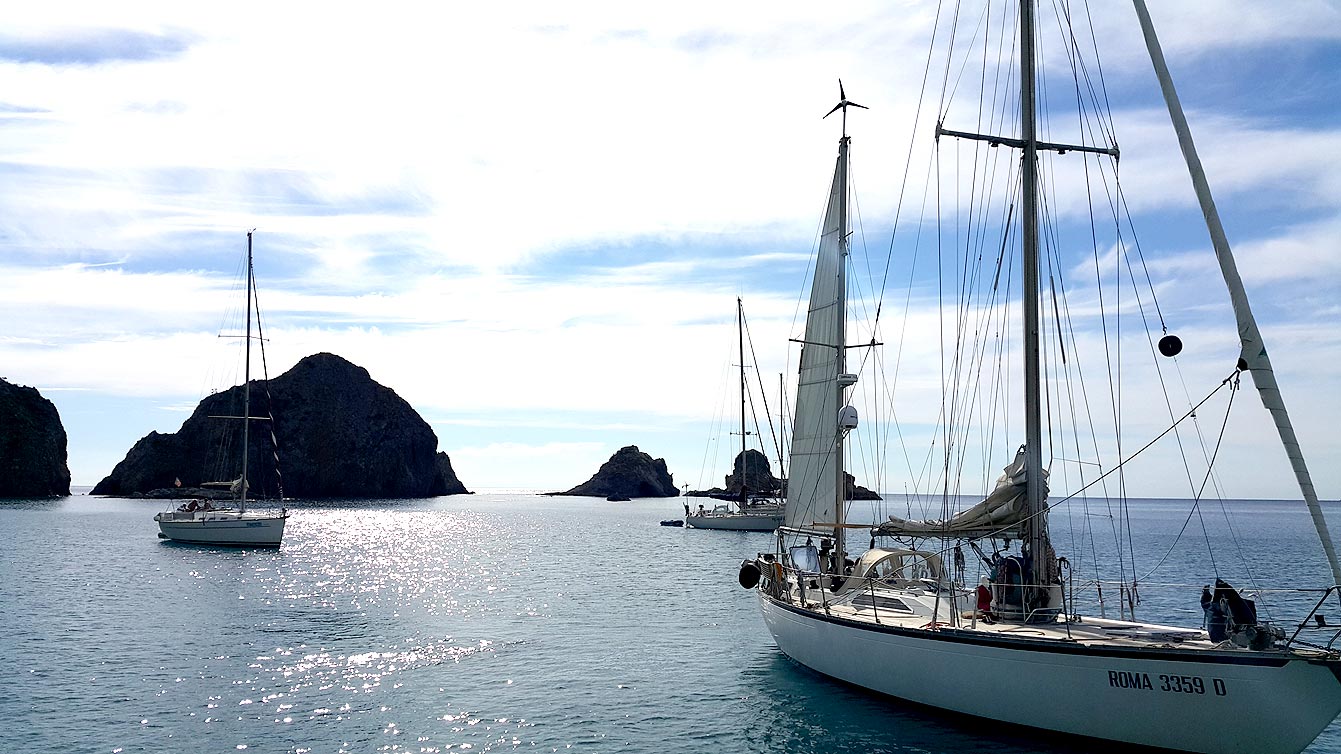 How to get  to Ponza ?
Flying to Rome. From Rome, take the train to Formia (or at Anzio and Terracina see on schedule. In September, only port of Formia proposed departures). In Formia, walk to the port 10 (min) or taxi (10 euros). then take the ferry (Compagnie Maritime Laziomar or Vetor) for a crossing of 50 minutes or 2 hours, depending on whether you take the ferry (15 €) or speed boat (22 €). 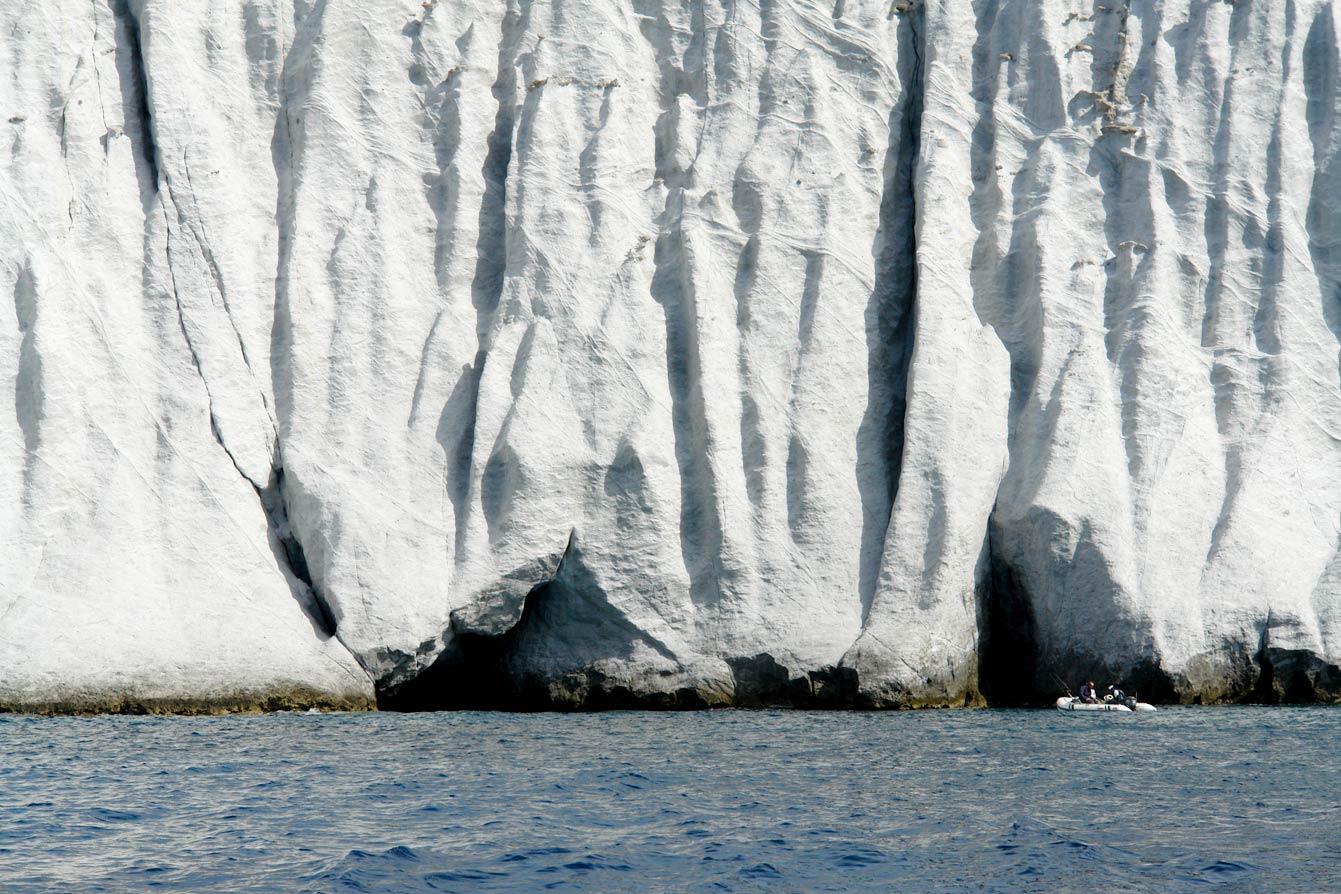 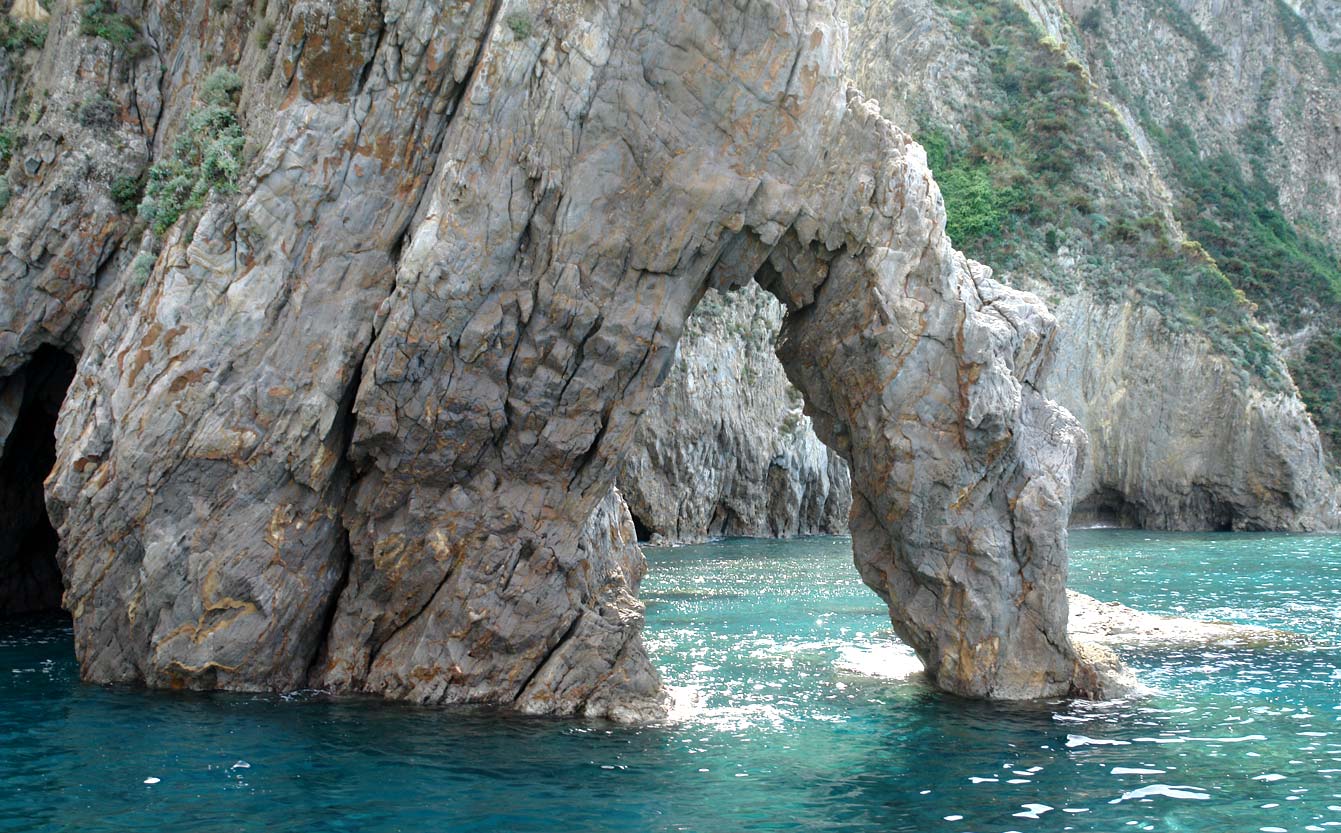 Discovery cove starting the adventure, along a path behind a restaurant on the road… 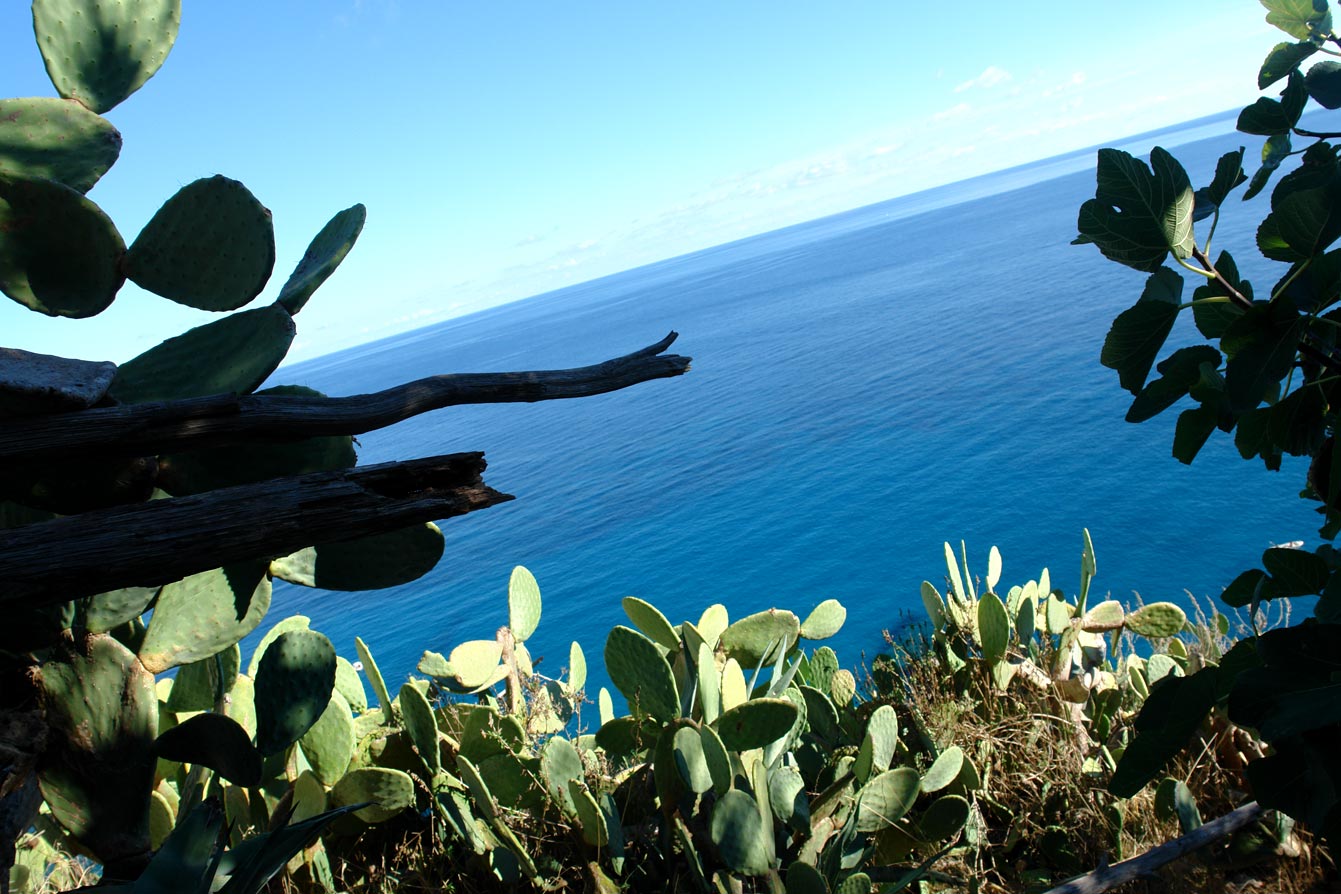 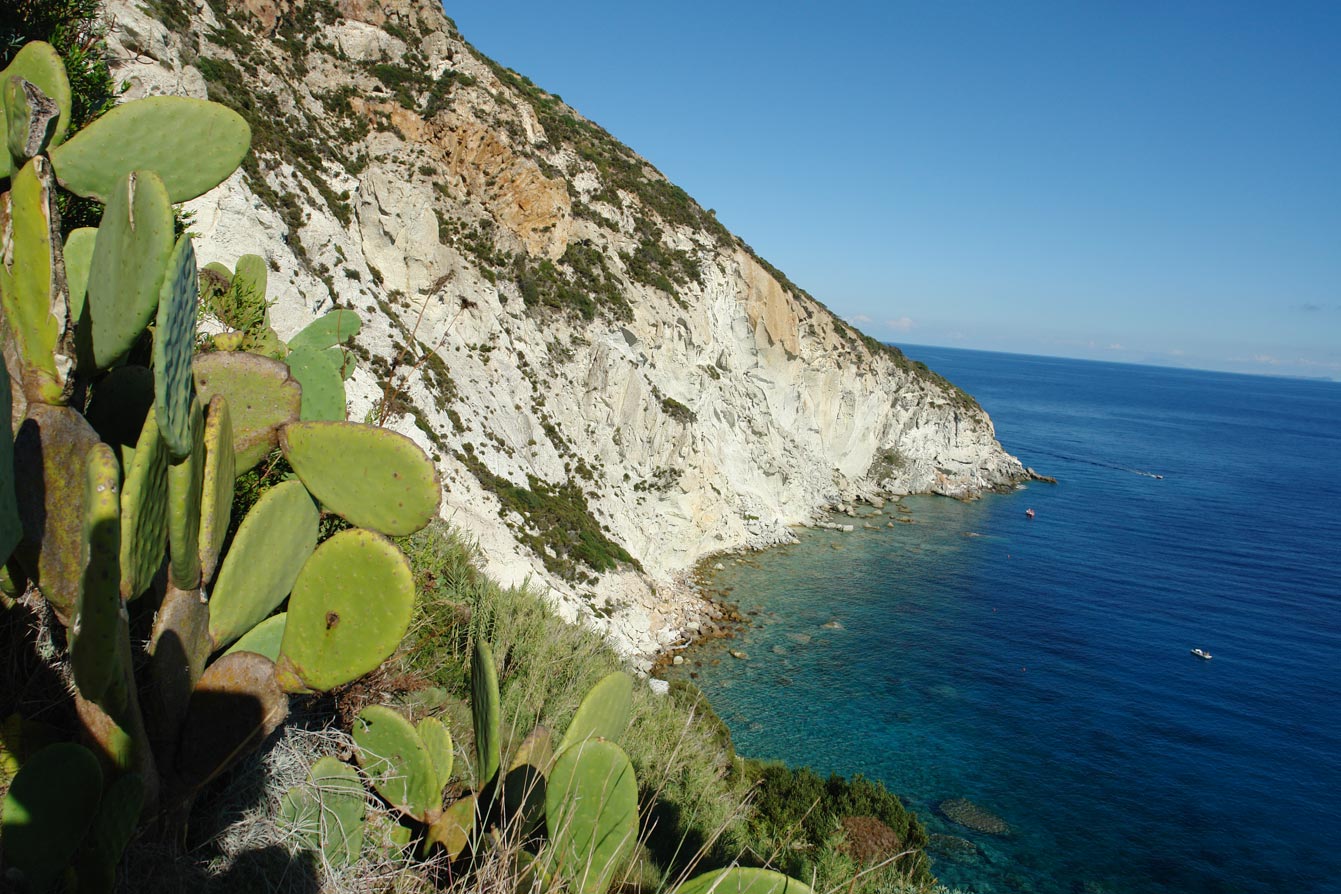 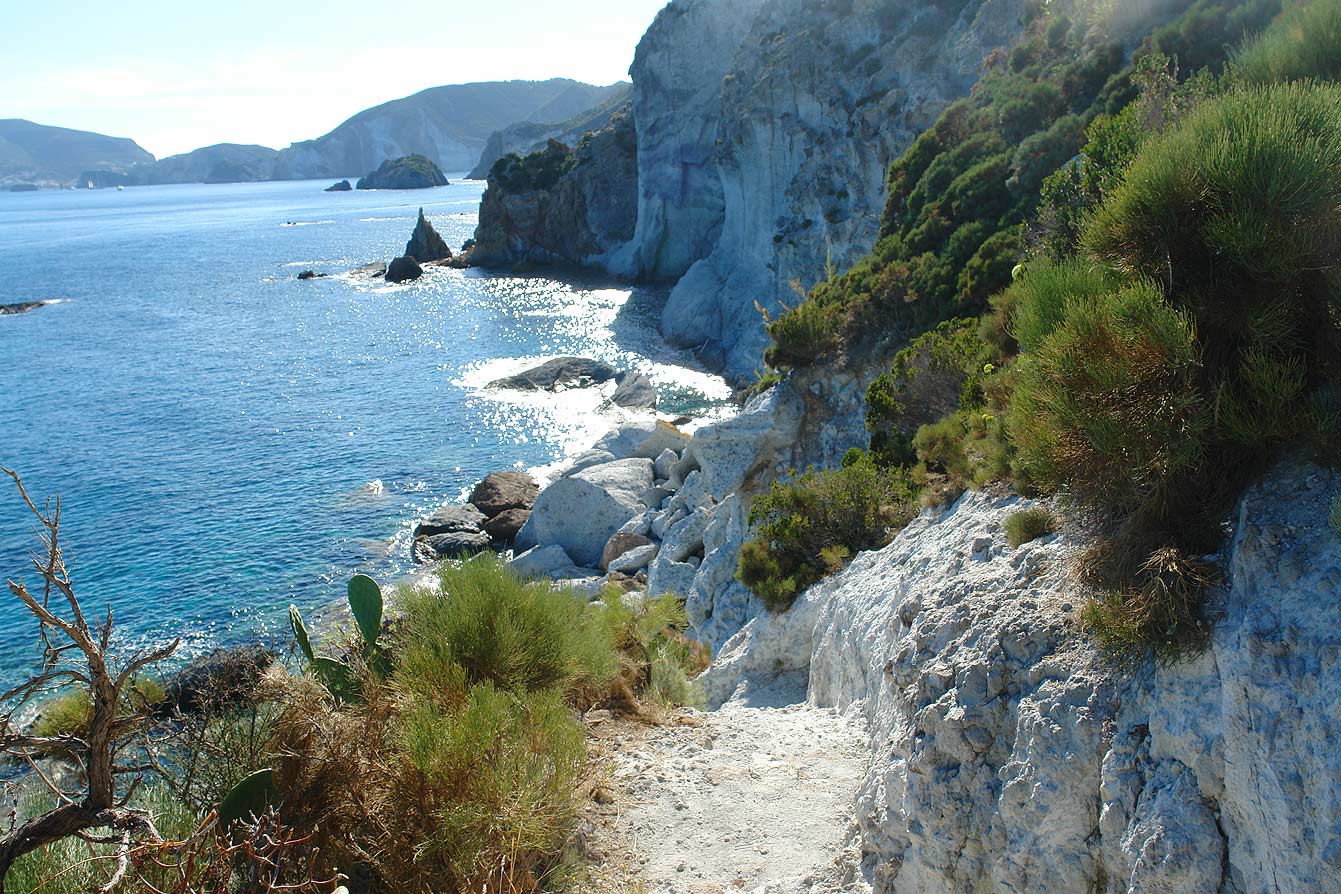 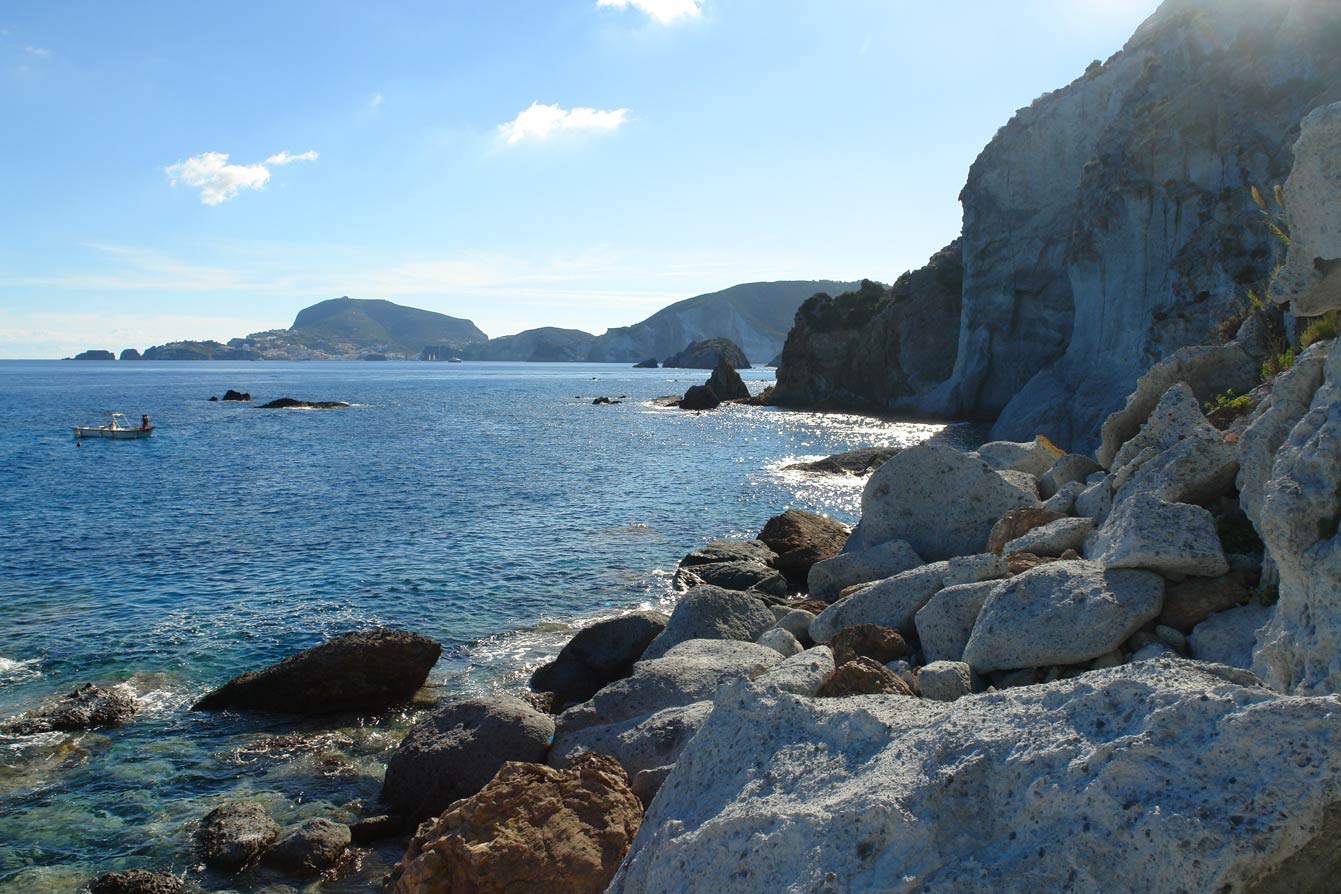 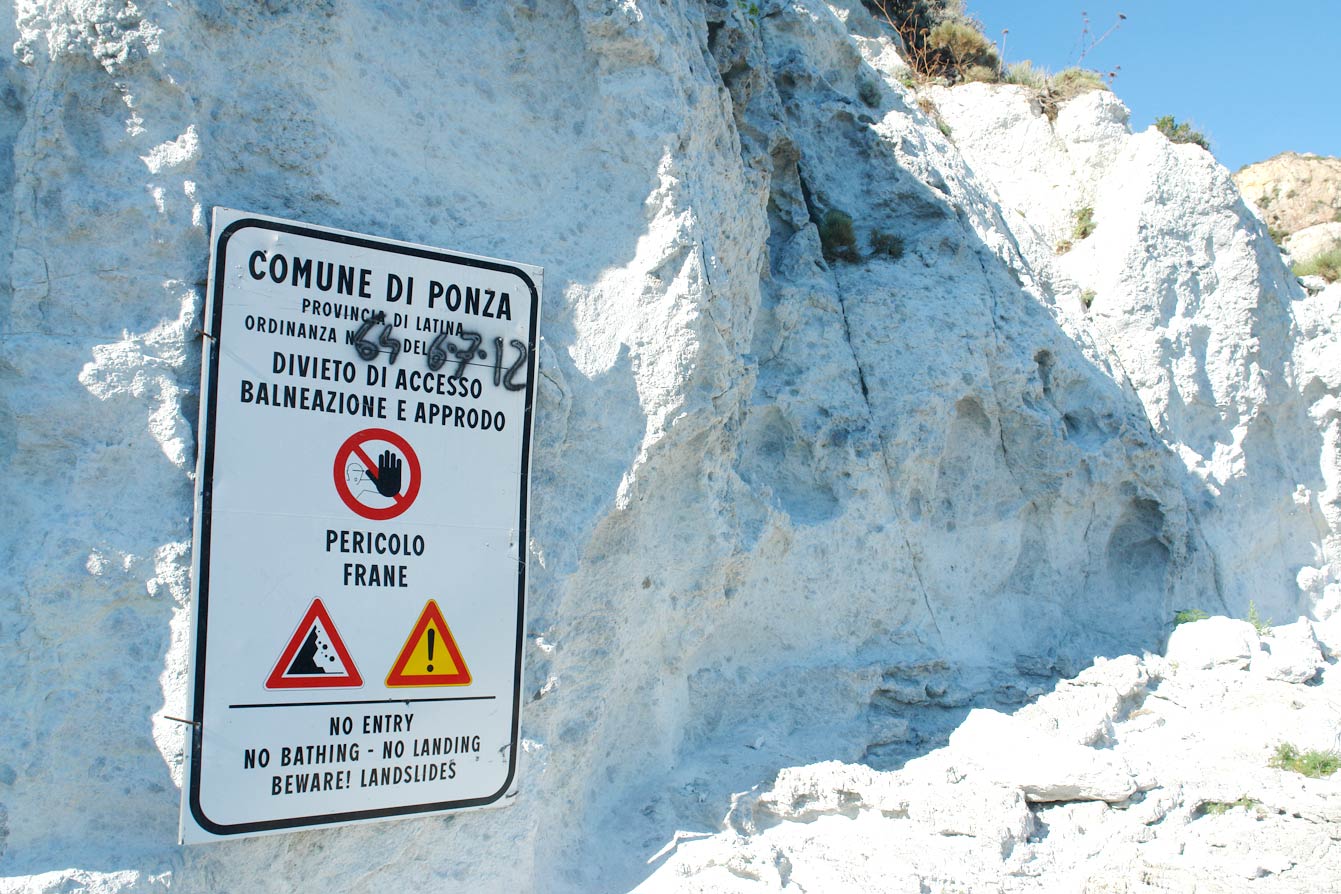