Third island and pearl of the Pontine Islands archipelago in terms of size after the island of Ponza and Ventotene, Palmarola is almost uninhabited.
“almost” because the day between tourists who disembark for several hours at the Cala Porto (single point mooring), some “Ponzesi” own a second home summer (typical cave houses dug into the rock Palmarola) and capita live all year (in the house of Fendi sisters). She serves as their refuge when monastic Ponza overflowing with tourists during the summer.
Two small restaurants are Cala of Porto

Considered a paradise by the inhabitants of the island of Ponza, it is for Jacques Cousteau “The most beautiful island in the Mediterranean.” Honestly, I’ve seen better in the Mediterranean. Unless he was referring to the variety of its coastline, its marine life, rich in species and microorganism. For Palmarola is a protected nature reserve and a popular destination for diving enthusiasts.
After I saw only one side of the island …

It is also called the “hairpin” because of its shape and its name comes from “dwarf palm” the only palm native to Europe that grows wild on its surface. 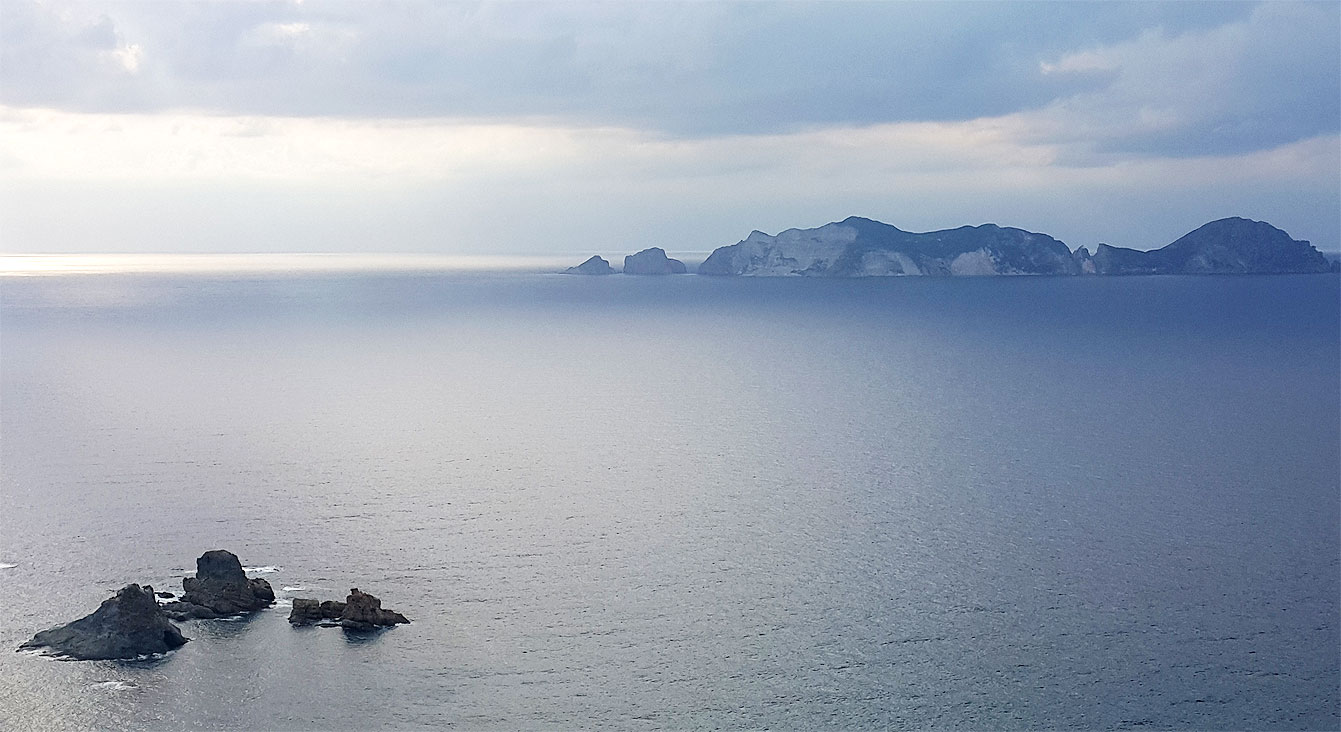 I was able to visit soon during a boat trip. With surprise, I found that visitors left their waste on the rollers. And I do not see who would do the housework.
Shame to come tarnish the shore of crystal blue waters …

They had me so much about Palmarola, I faced odds (It was a day of bad weather) for a half fig half grape result. It remains a place that has a certain beauty.
But I preferred watching this island Ponza on the floor at the time of sunset.
I confess that I was much more sensitive to this view …

Palmarola is located 10 km west of Ponza.
Access by boat, boat shuttle from the port of Ponza