One of 7 natural wonders of the world …

Halong Bay is a body of water of about 1500 km² in northern Vietnam, the Gulf of Tonkin near China and 170 km east of Hanoi. His 1969 karst islands have earned it on the list of UNESCO World Heritage in 1994. It is considered one of the most beautiful bays in the world.

This is one destination that I dreamed since childhood. These sugar loaves rights as an I, emerging from water intrigued me and I was looking forward to it to feel this strange atmosphere that emerge pictures. So I was excited the day we took a mini bus from Hanoi early in the morning to travel 170 km to the port of Ha Long Bay for a day trip. I would have preferred a junk cruise to the romantic side of things, but as a family, we did not bother with such details … (it’s also much more expensive …).
This is our hotel which was responsible for organizing the cruise. The bus came to take us directly to our hotel.

The boat starts to lunch which is included in the price. This is correct without being famous. It transports us to a floating village inhabited by fishermen village where we face. To see more closely these karst islands, they propose to embark on kayaks to slalom between them. We share four of these boats. Surrounded by tourists …
The time is not at the rendezvous: the sky is tinged with gray. A color that could give a certain beauty to the place and a certain mystery in part due to the fog, but it did not happen. My journey promises to be more bland than expected. So we contemplate the rock formations in the water and the various forms they take (a bear Ah! Ah an eagle! shows us our captain … it takes a lot of imagination in my opinion …)

The tour continues, we return to the ship, steering the “Surprise Cave” (Hang Sung Sot). Very visited, it enjoys appropriate management with wooden pontoons, bridges, penguin-shaped bins …
The cave is illuminated by a play of light that may seem a little too kitsch: yellow, green, red, blue everywhere to illuminate and enhance its relief. I thought it was a little “tourist trap”. After the visit, we reach a small wooden gazebo overlooking the dock where boats are moored. The view is nice …

I was one of the most fantastic places in the world, the main tourist attraction of Vietnam, but I have not received wonder. I remain mitigated by this day trip. Maybe I expected too much or seen too many pictures, but I have not felt the atmosphere so unique that everyone describes.
I preferred the Bacuit archipelago. But is it a matter of taste?
Or maybe he would have had to spend the night in a beautiful junk for the sunset if the fog is not too thick and wake up in such a setting would have changed that.
Perhaps again in the future …
And in this case, I recommend you a day trip on the bay but to spend at least one night to capture all the “magic” of this place. Or sleep on the island of Cat Ba.

I do not remember the price that day. I think it is about 50 euros. The round trip Hanoi-Port + boat, including meals + kayak tour of the cave (to tip the people). 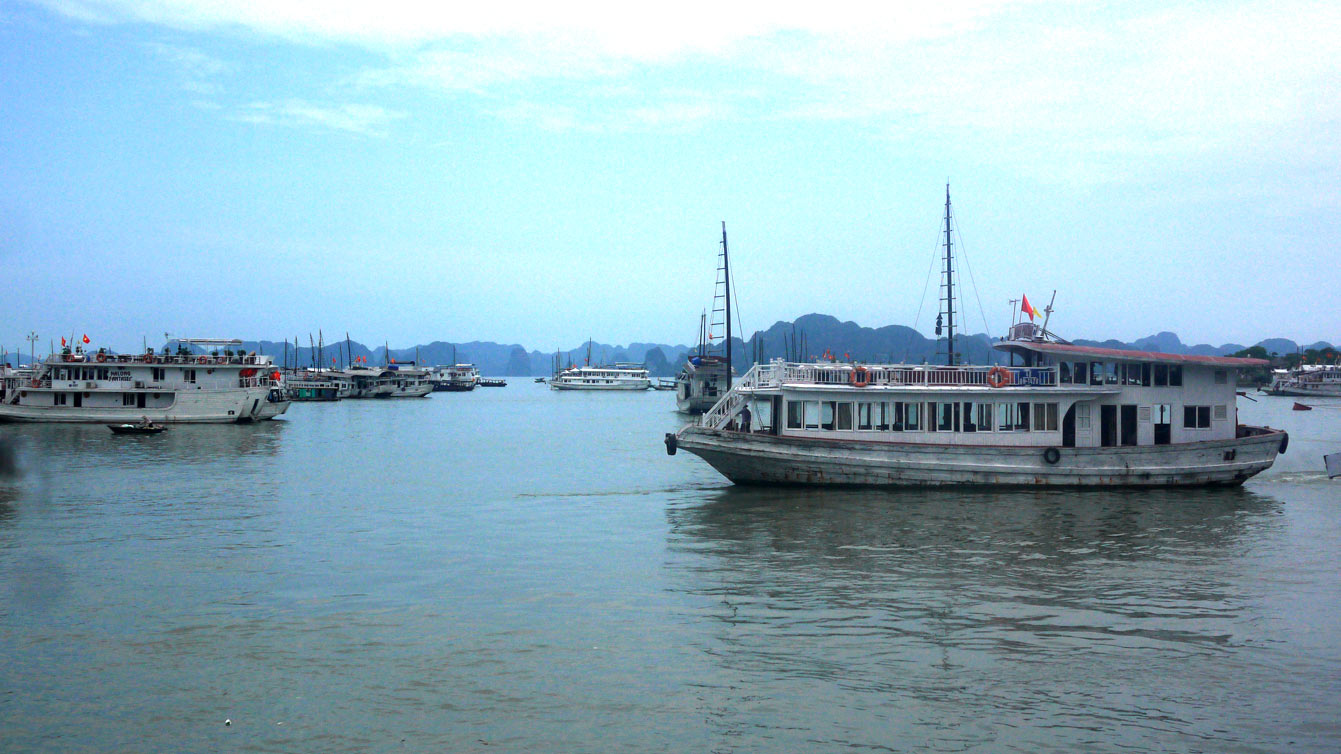 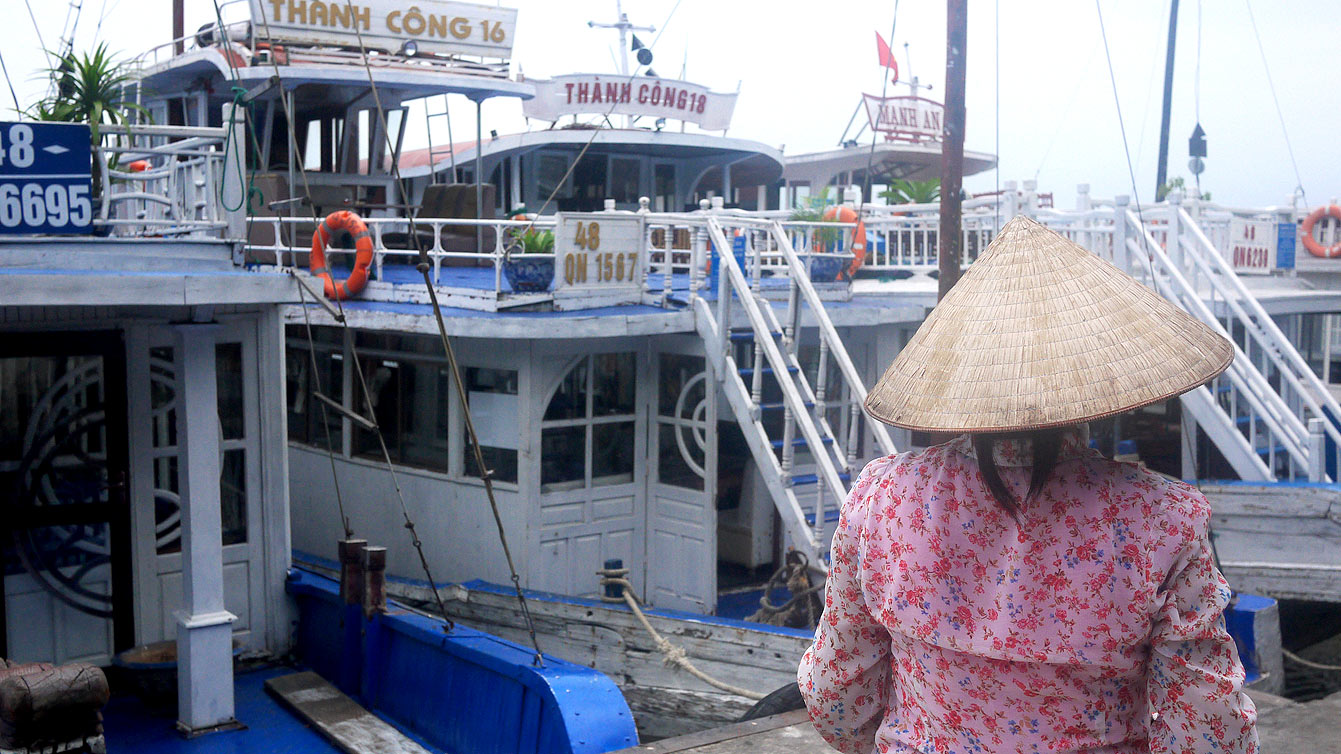 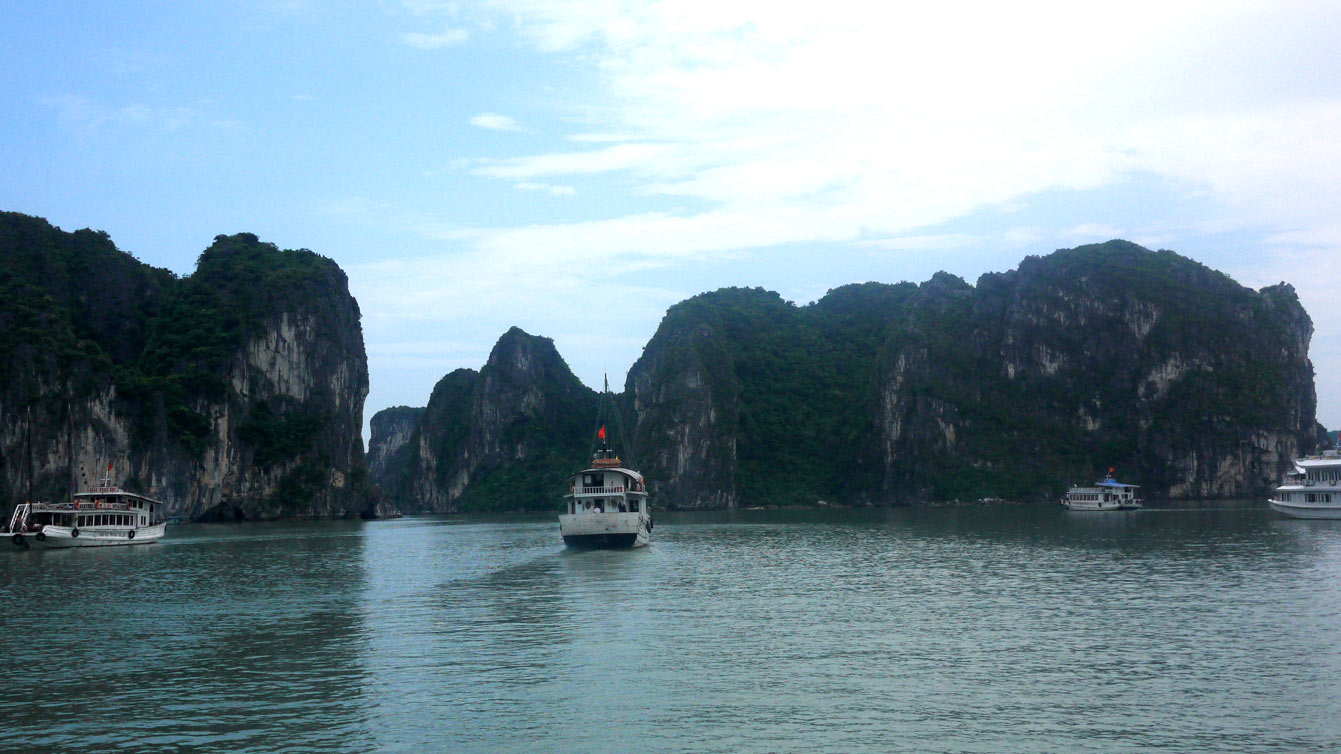 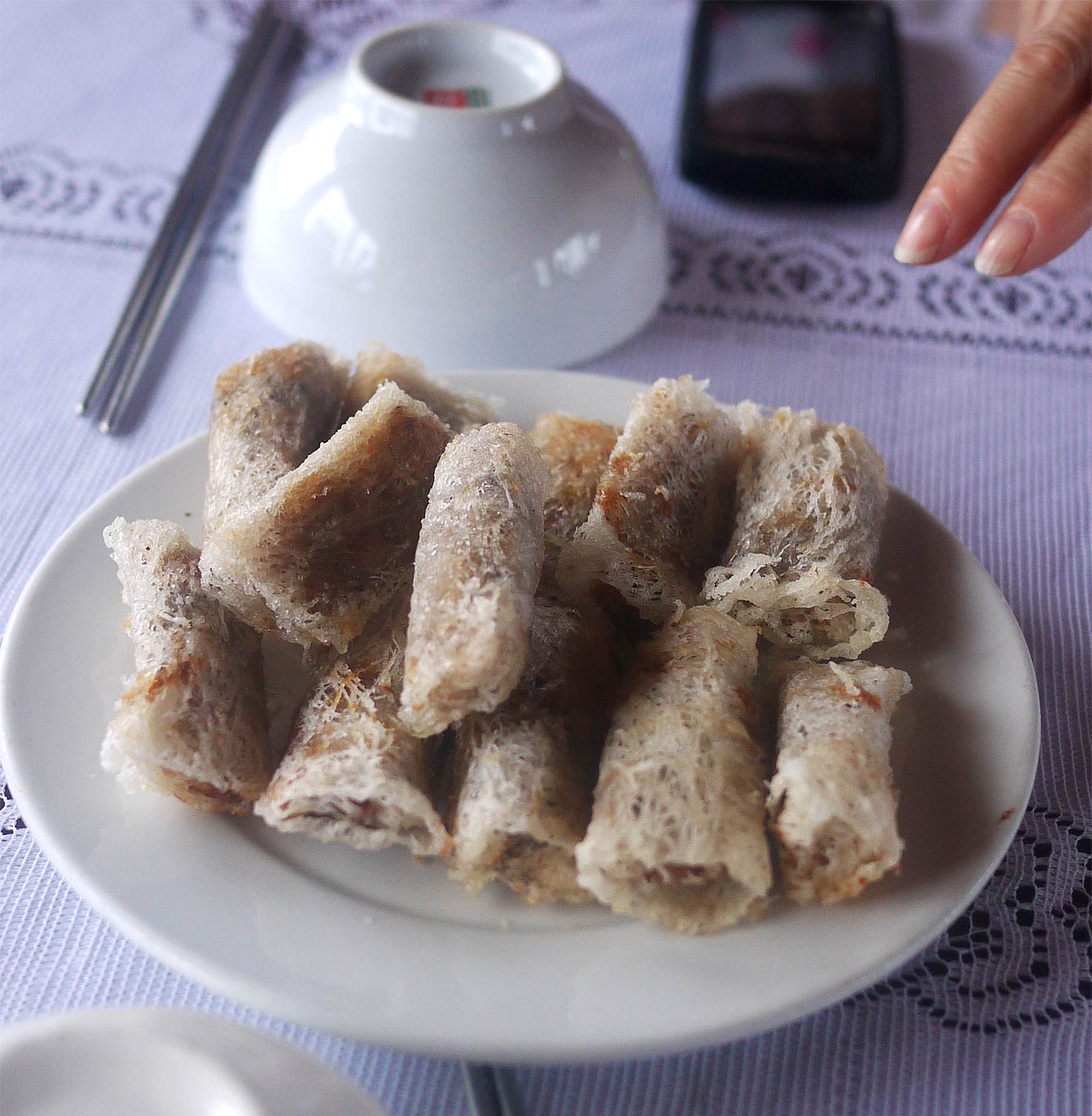 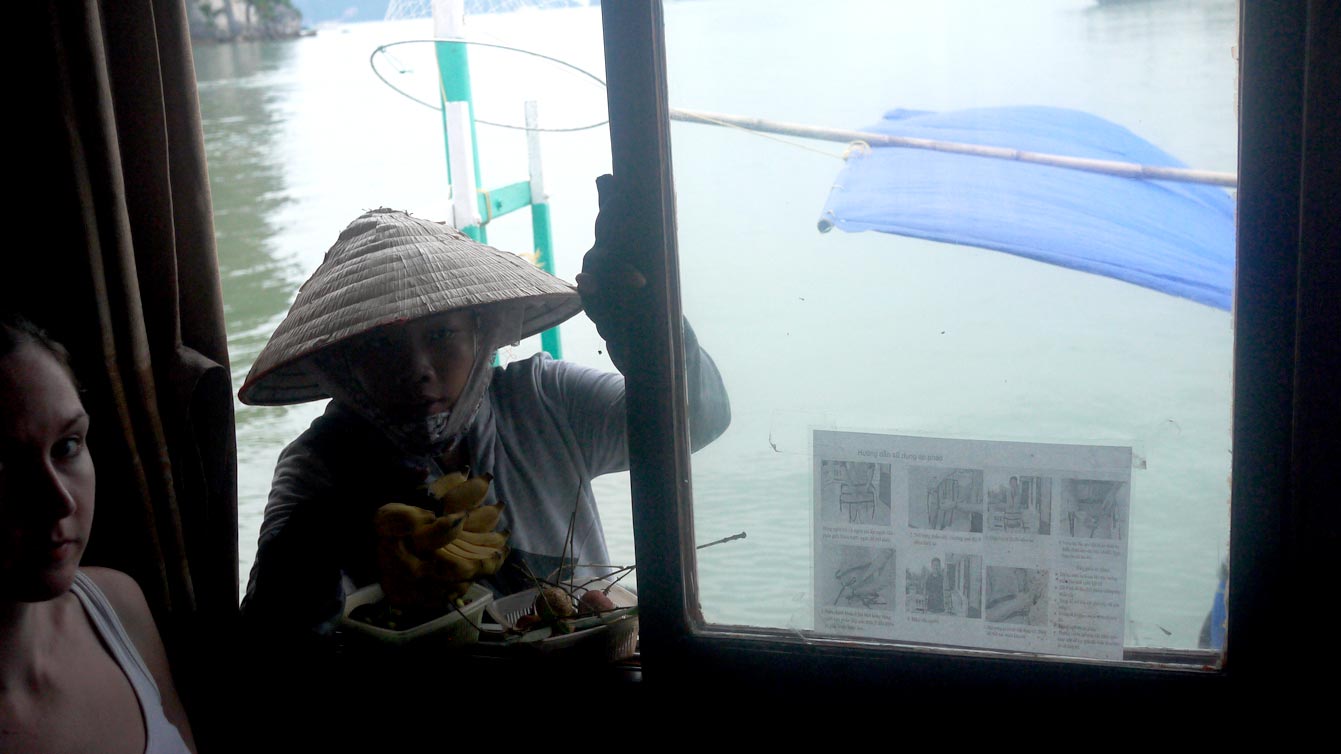 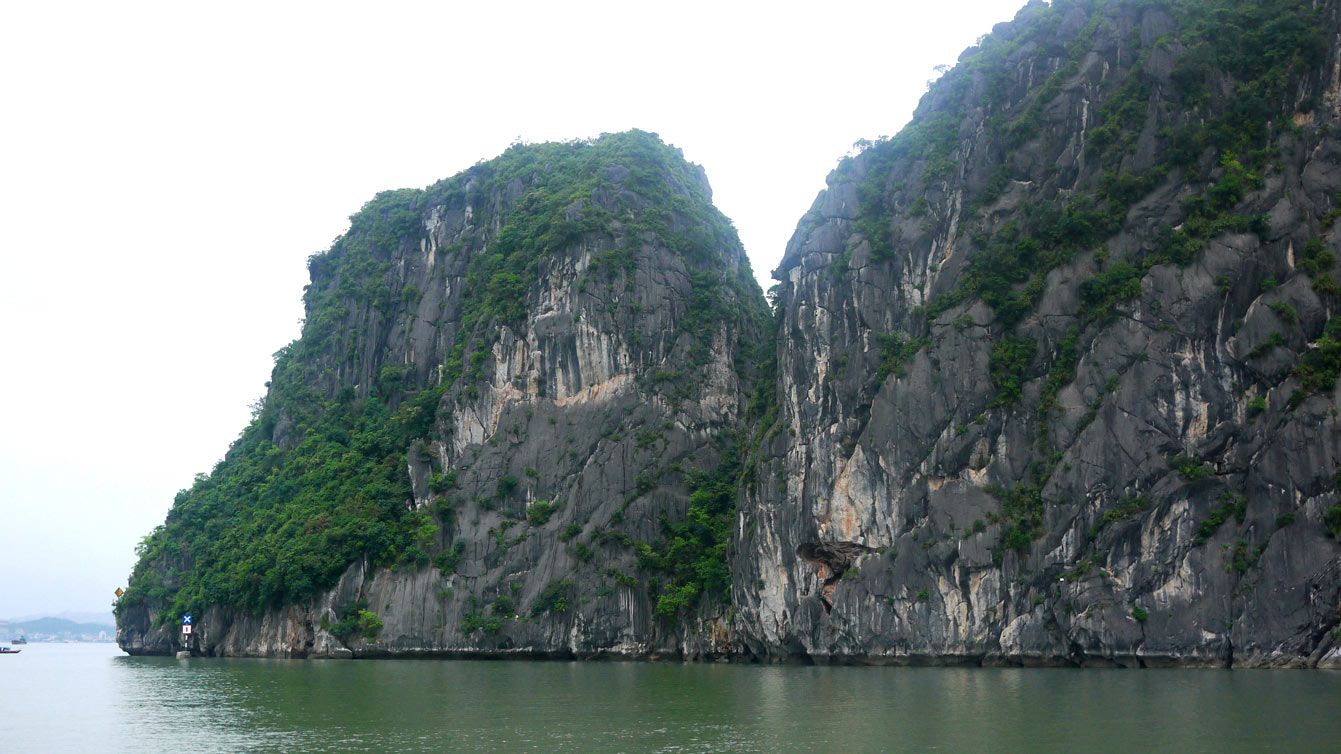 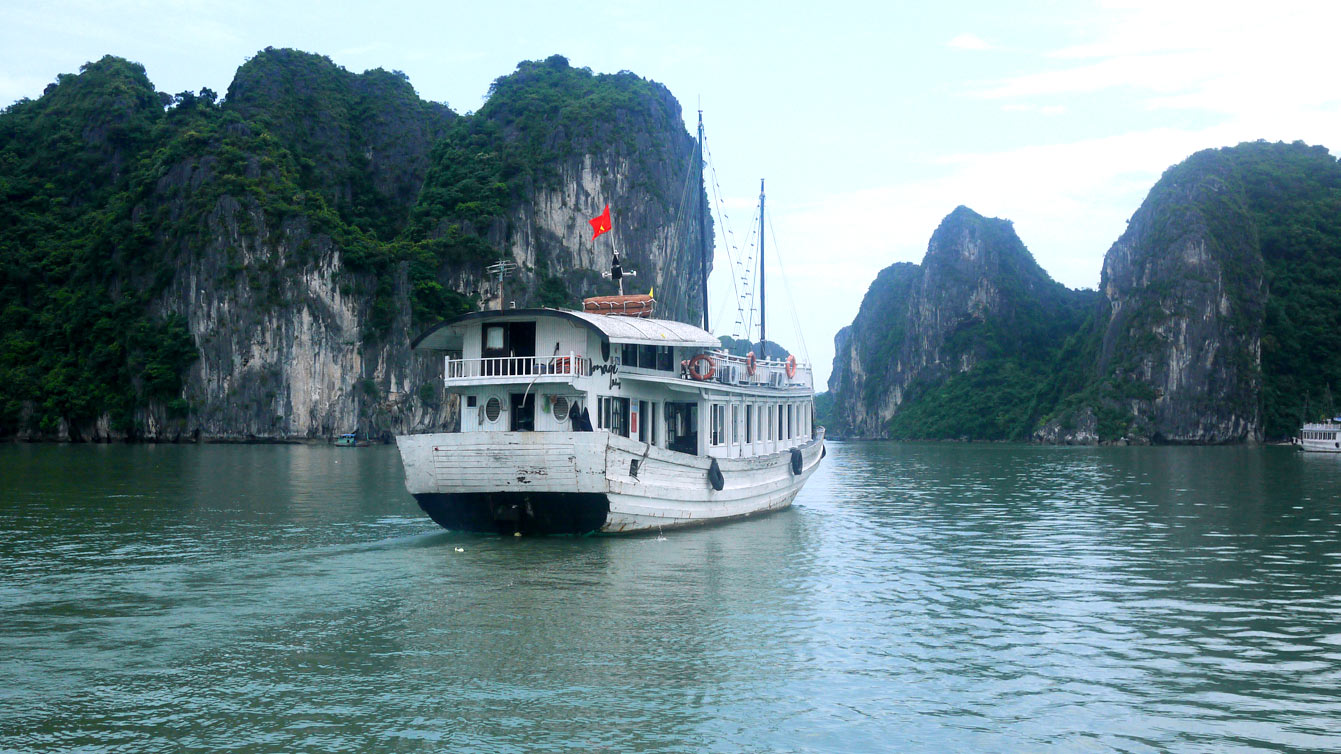 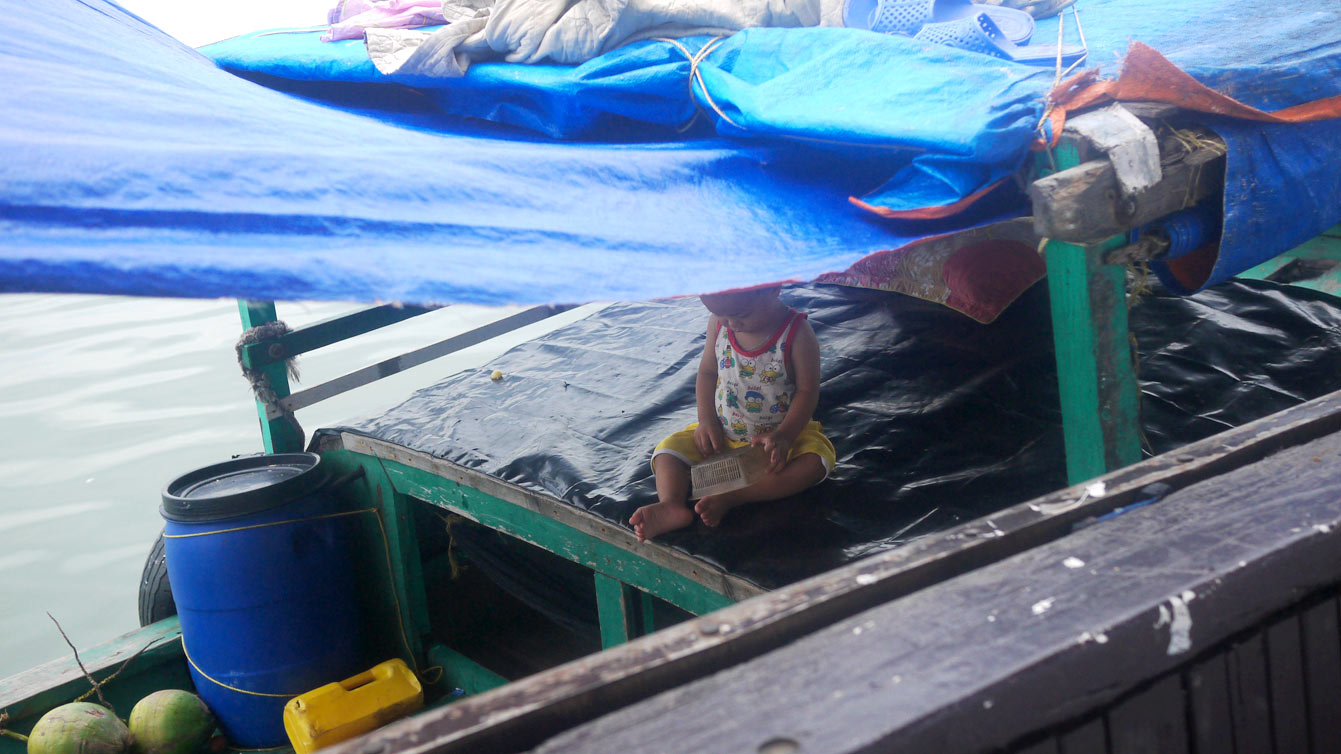 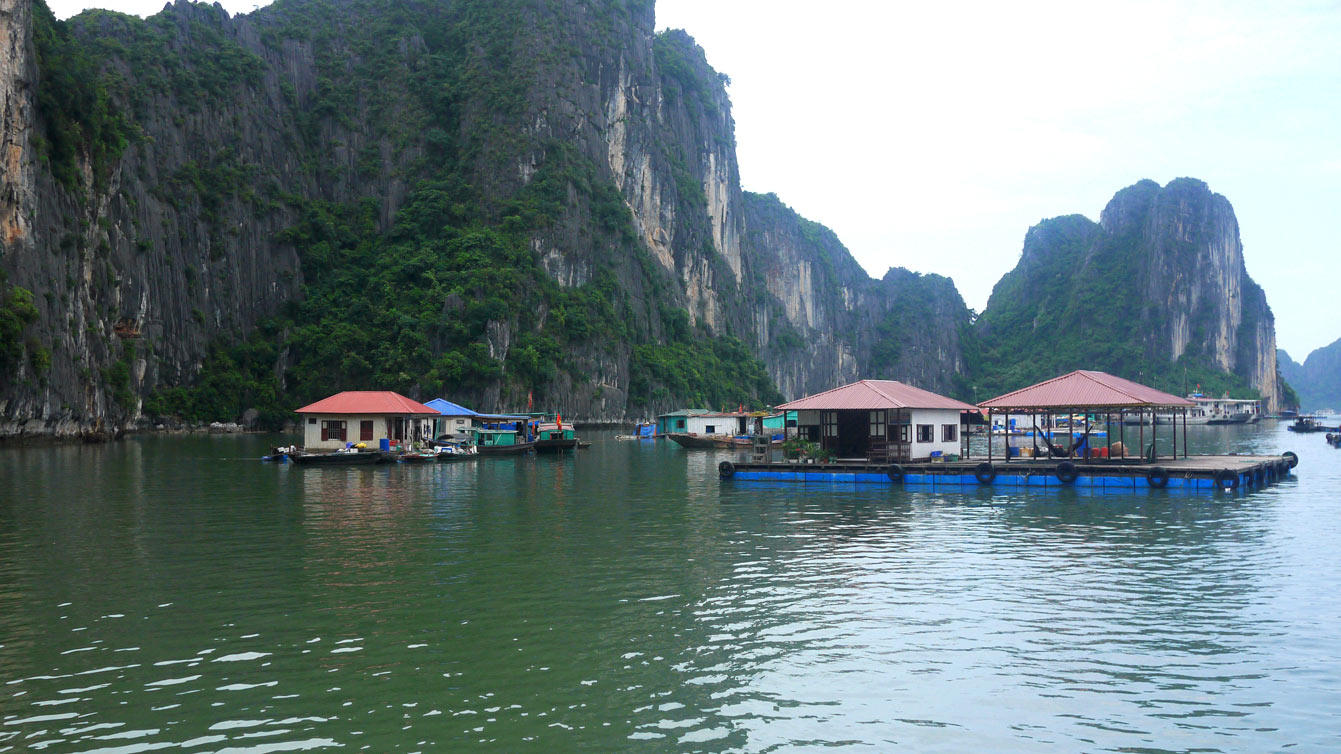 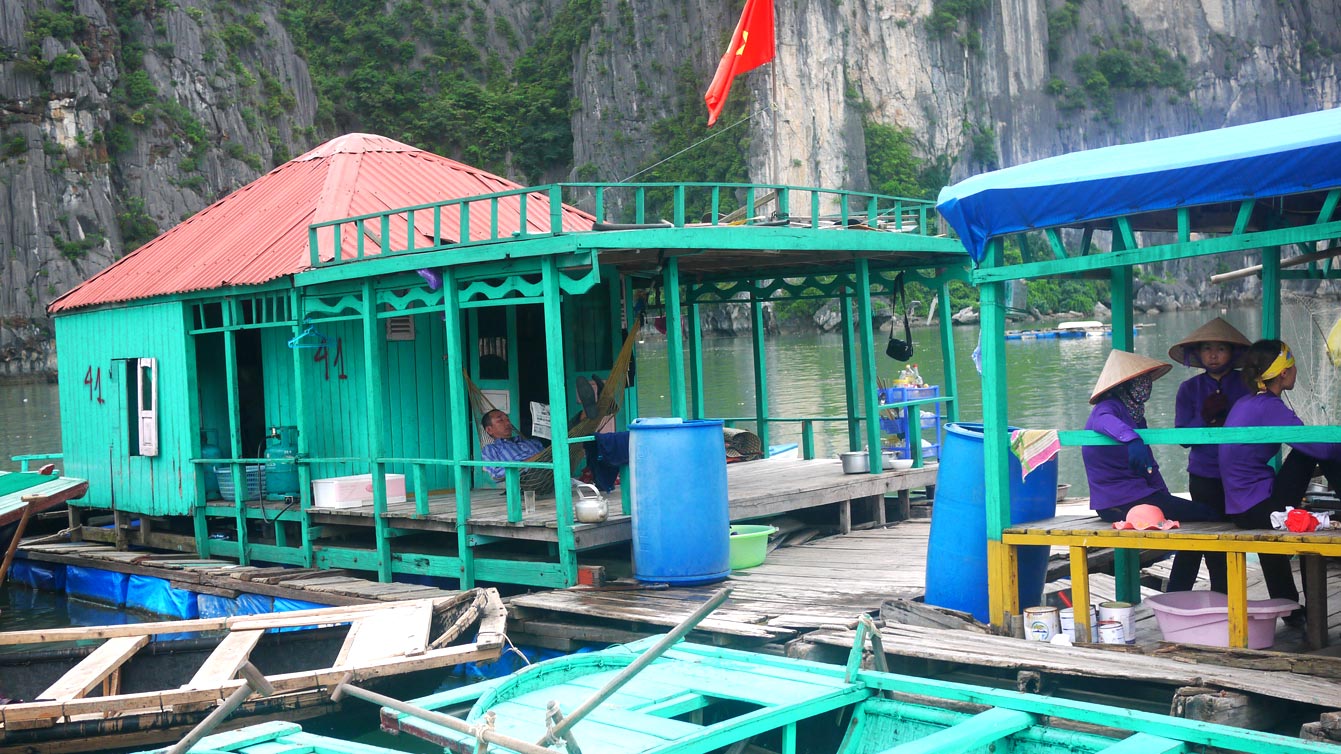 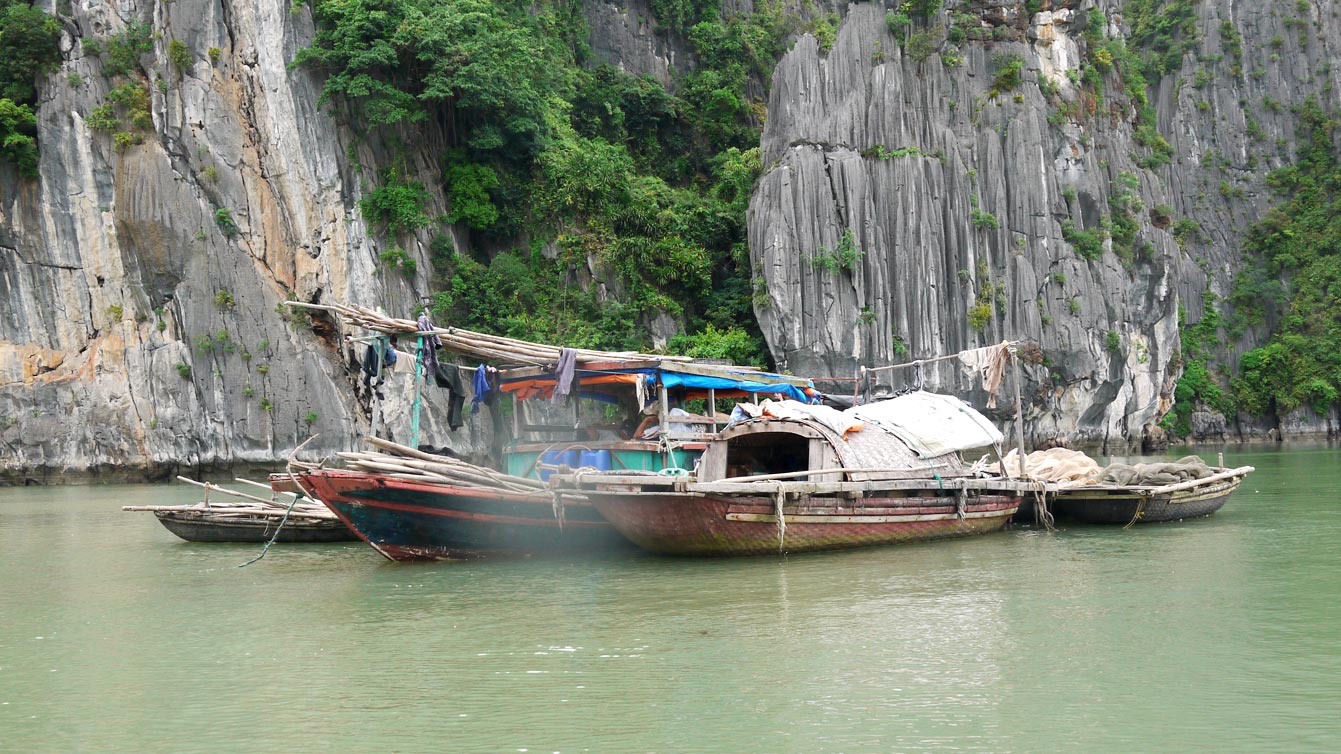 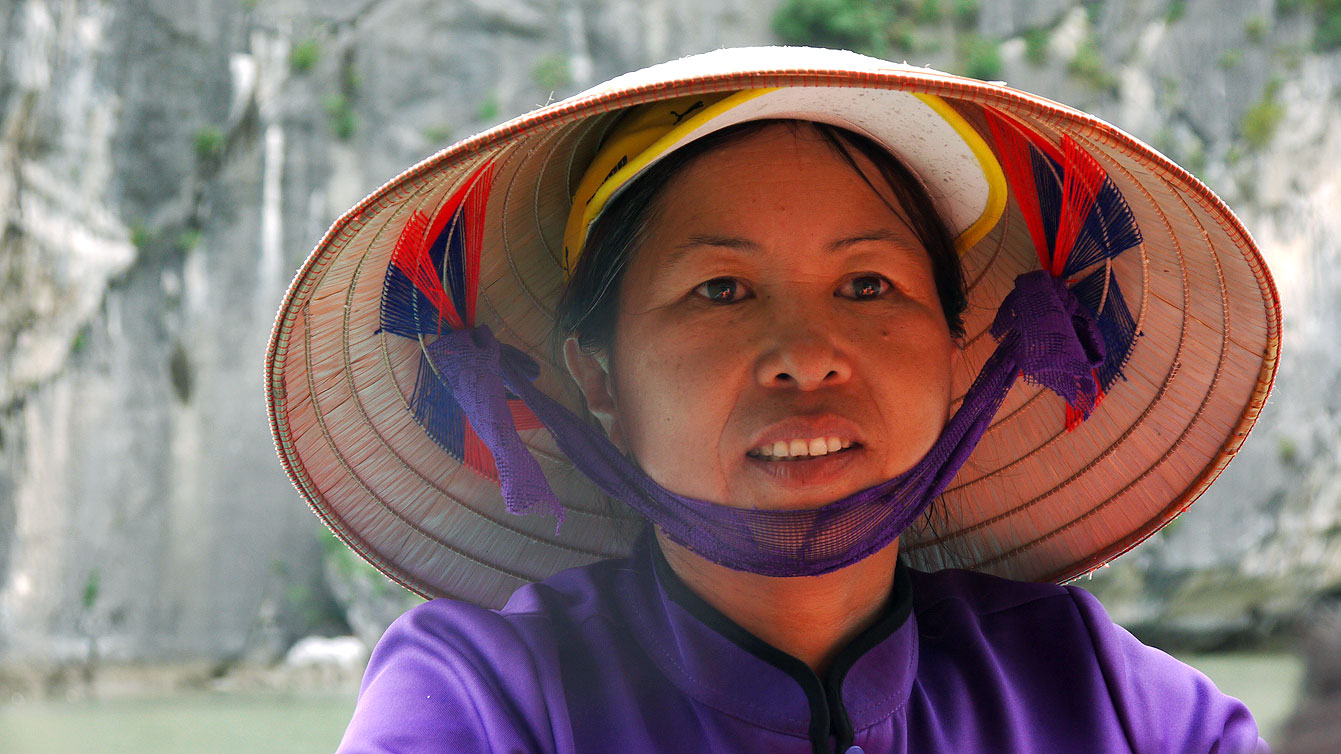 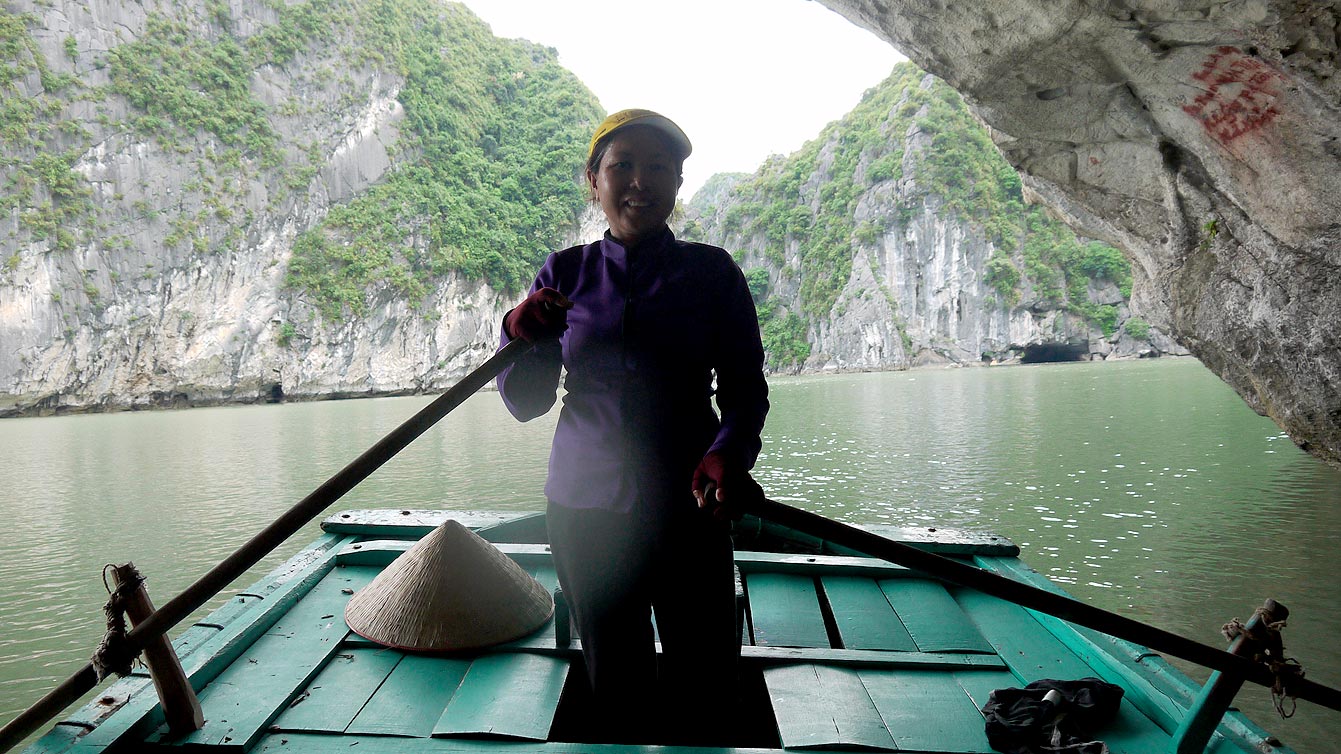 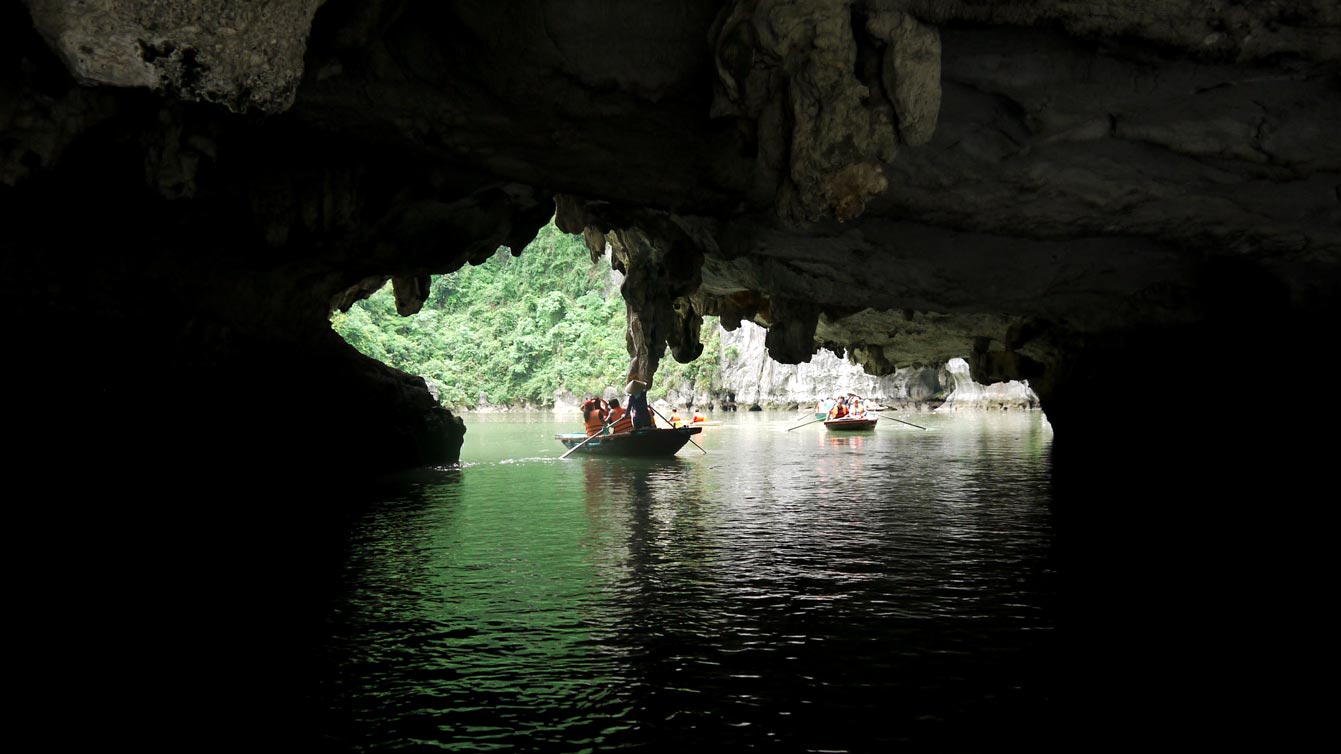 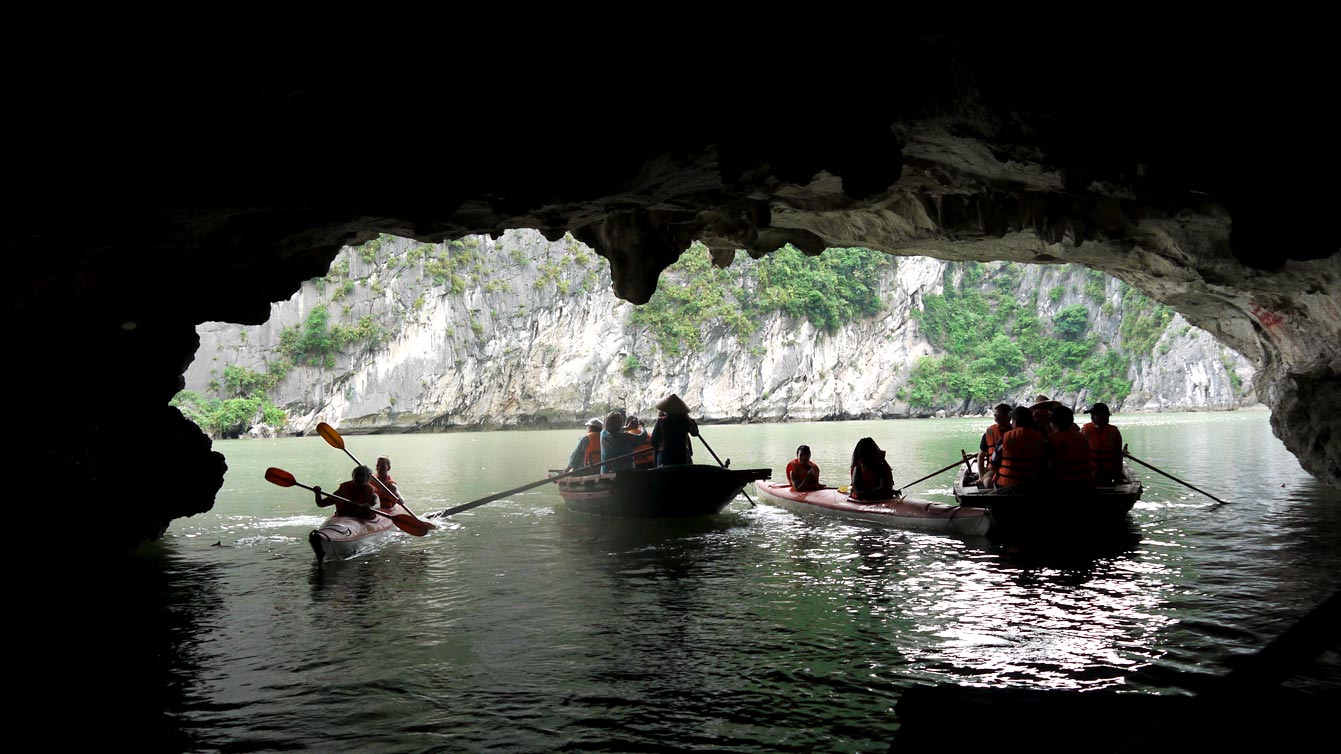 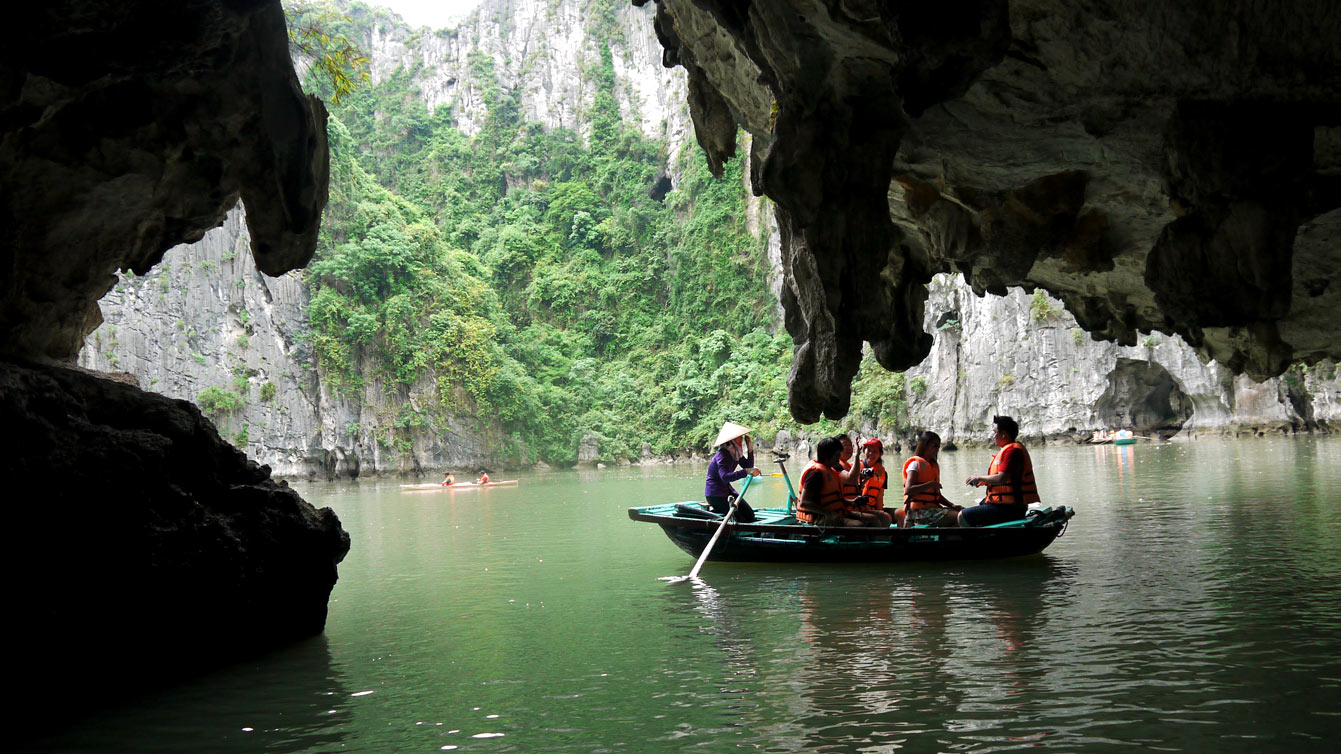 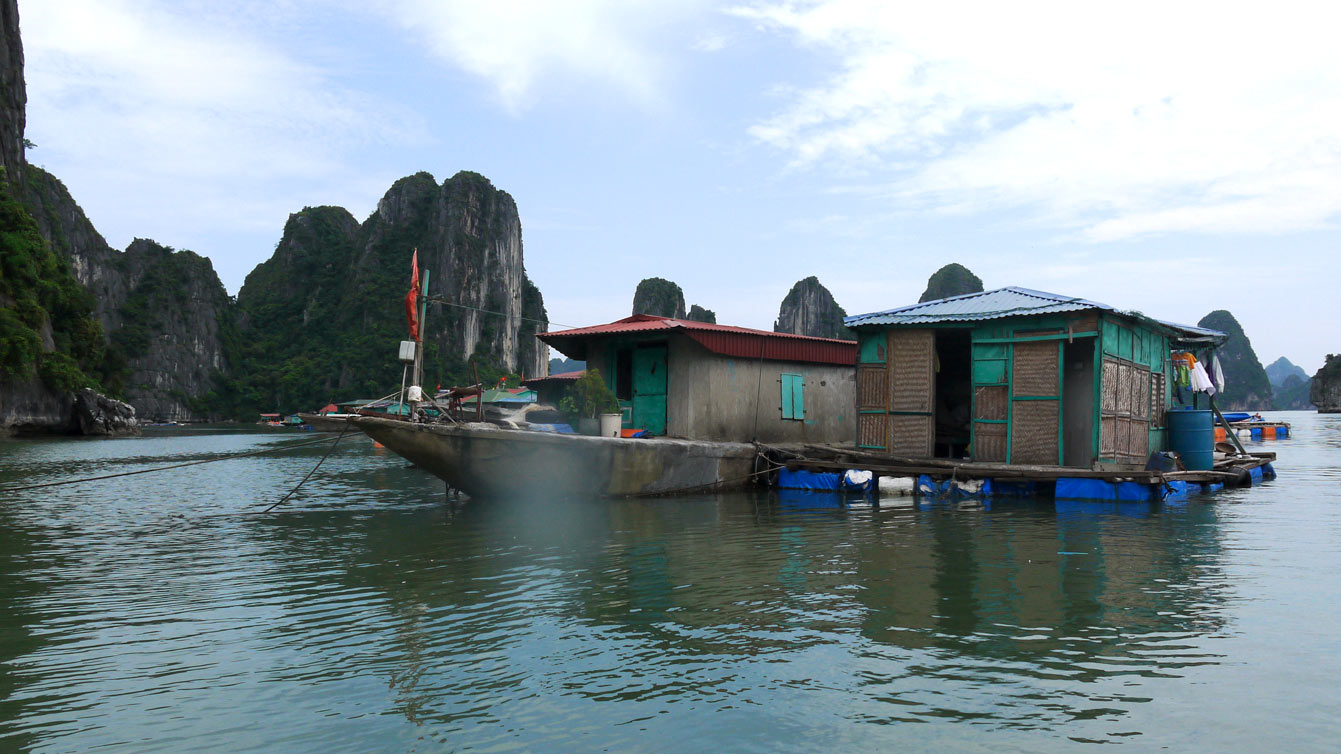 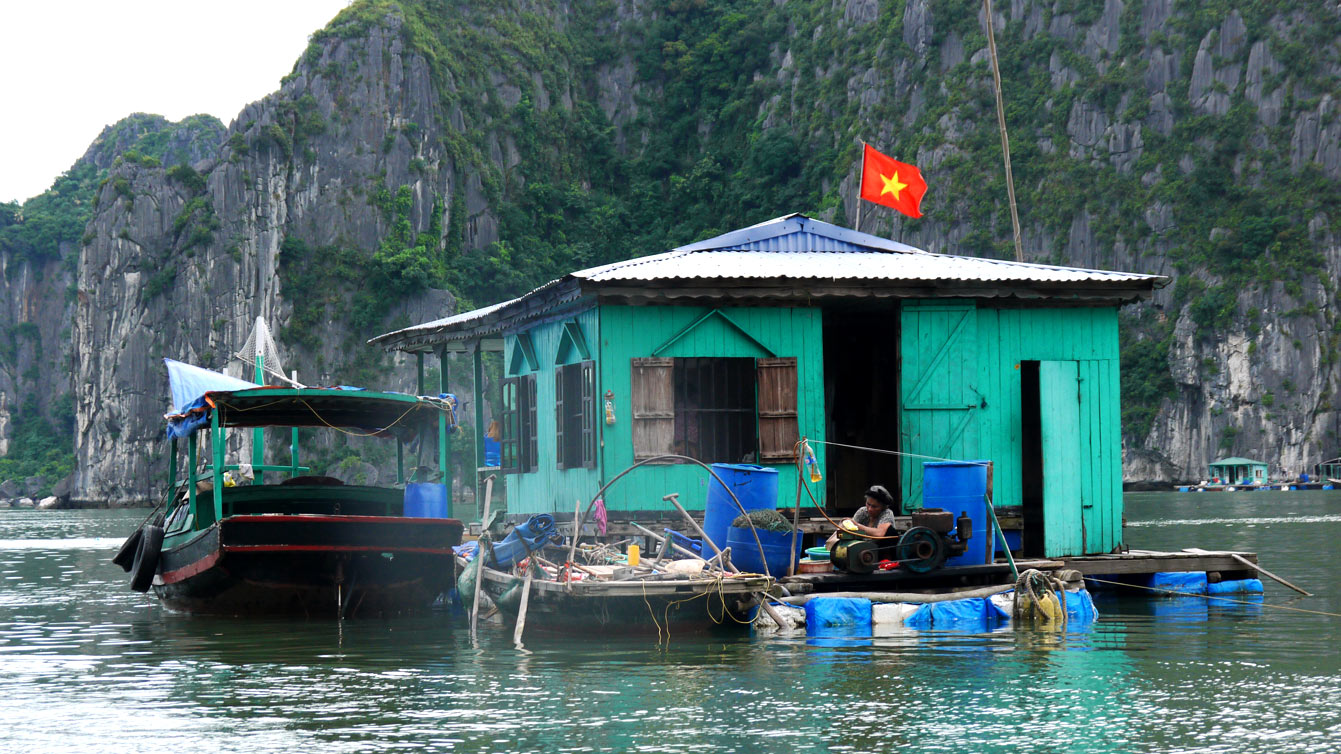 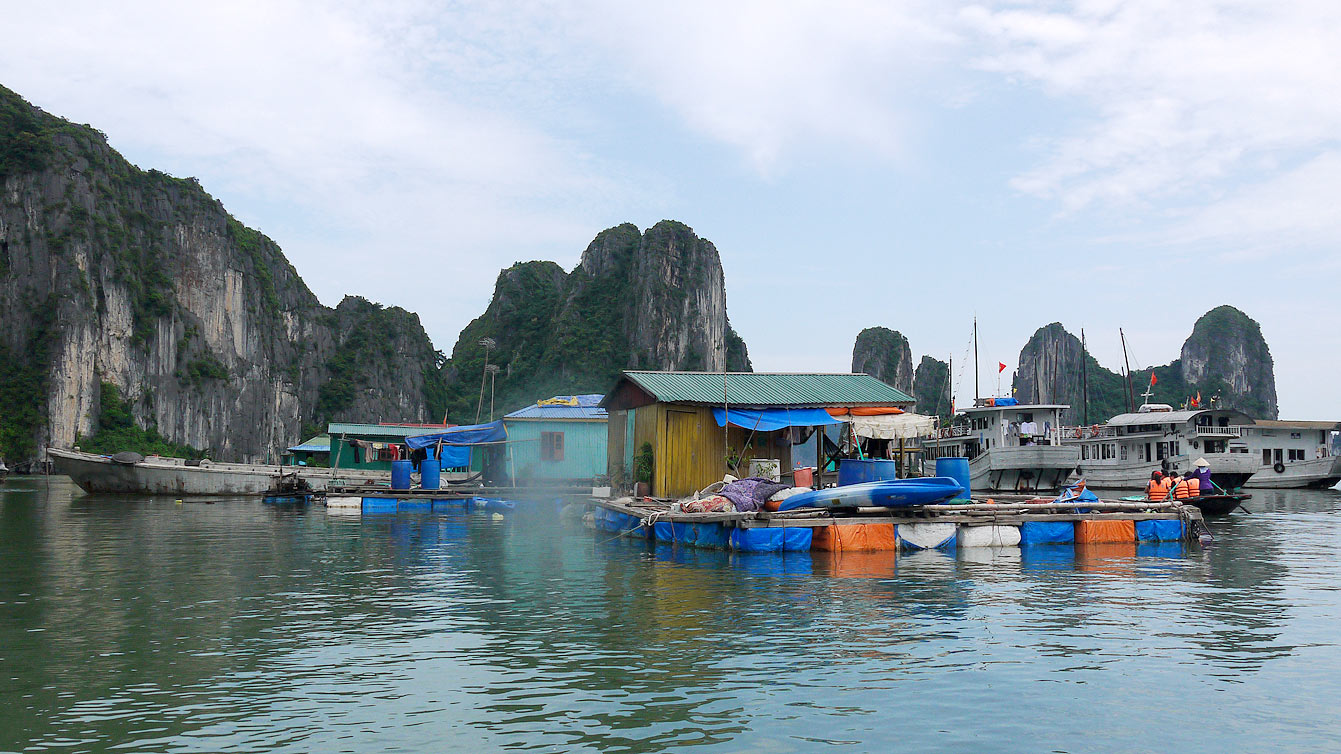 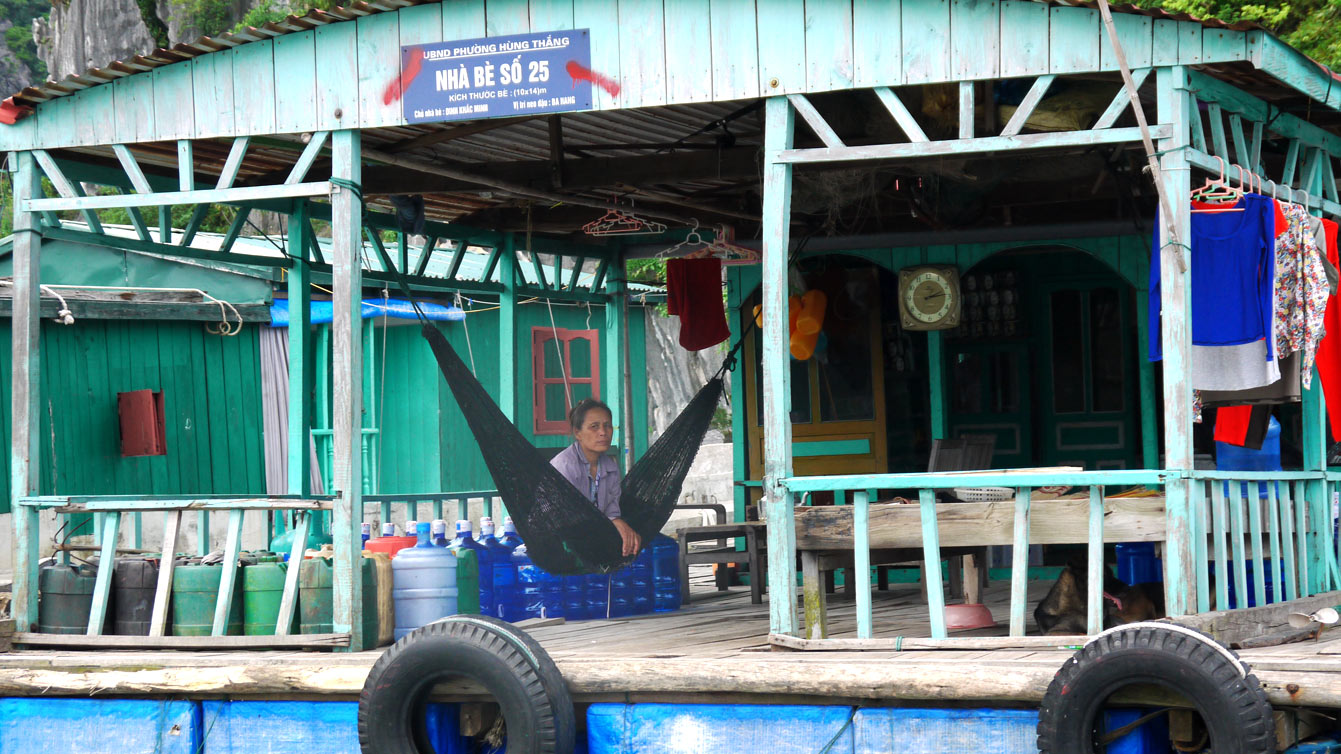 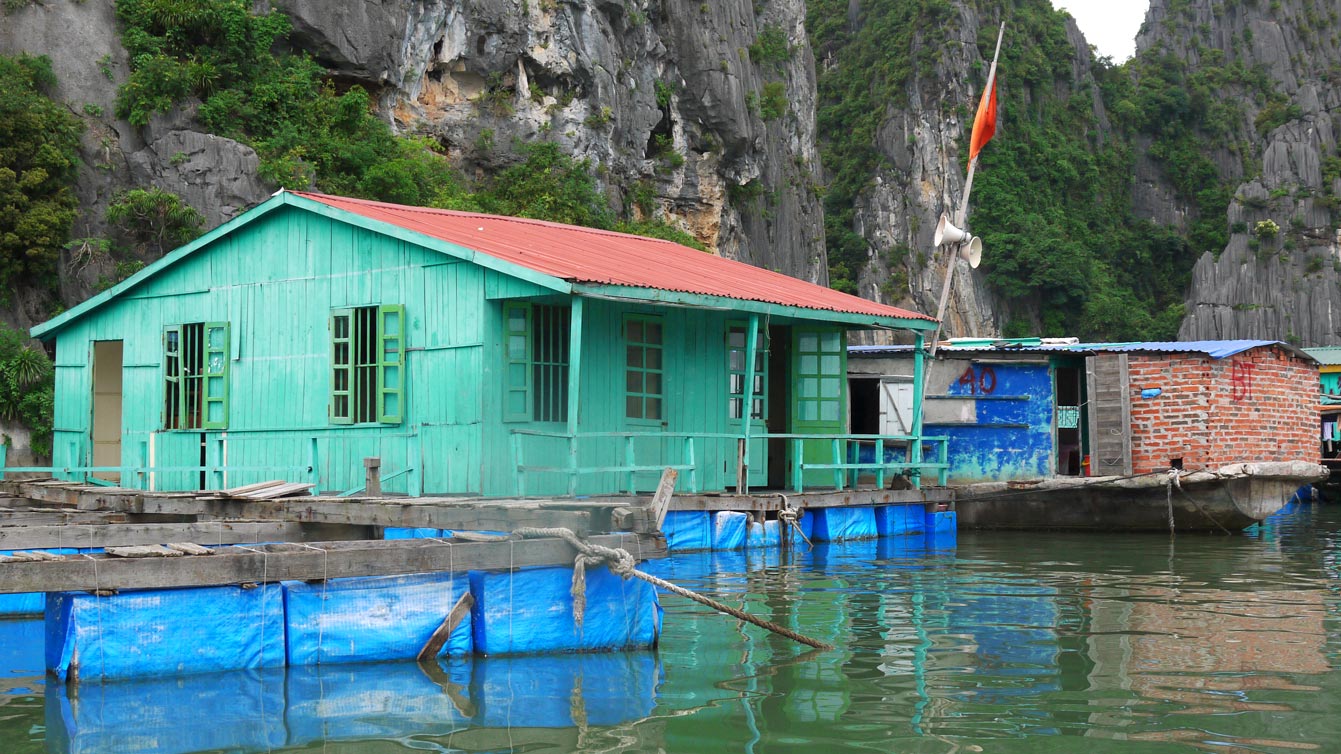 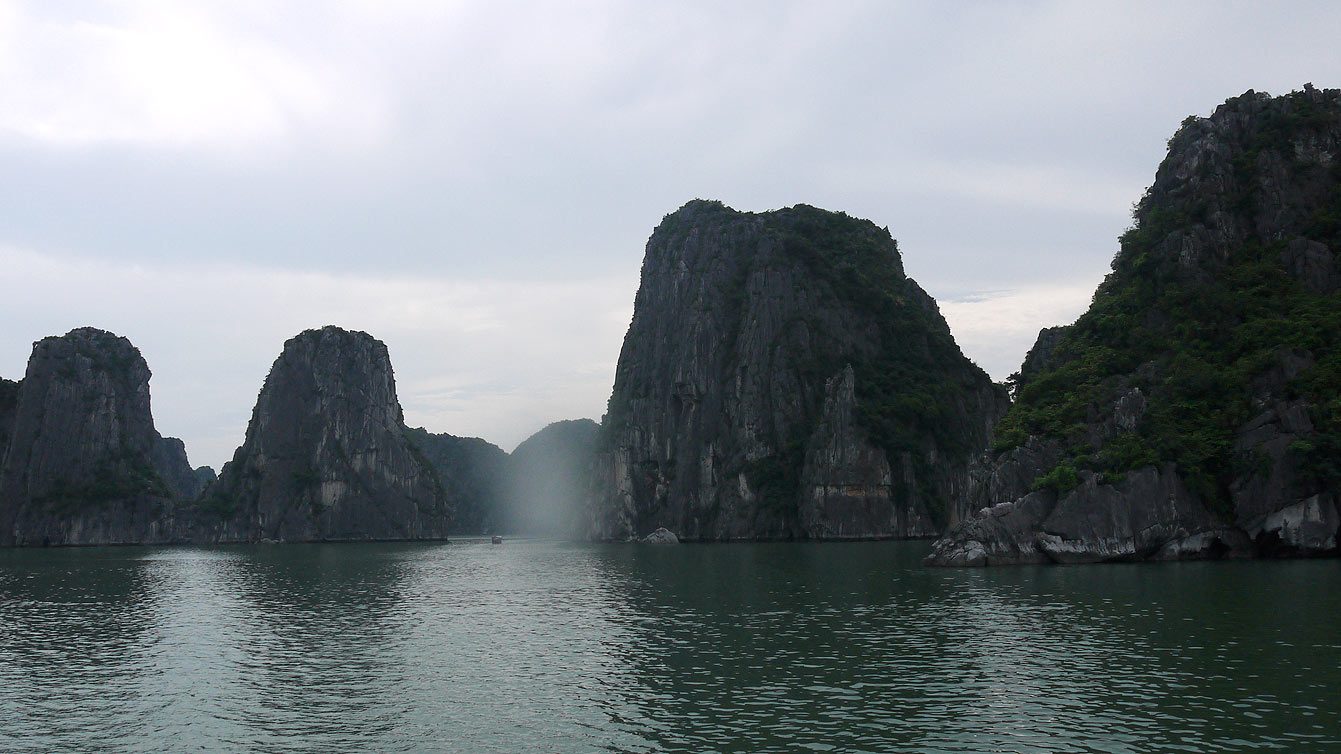 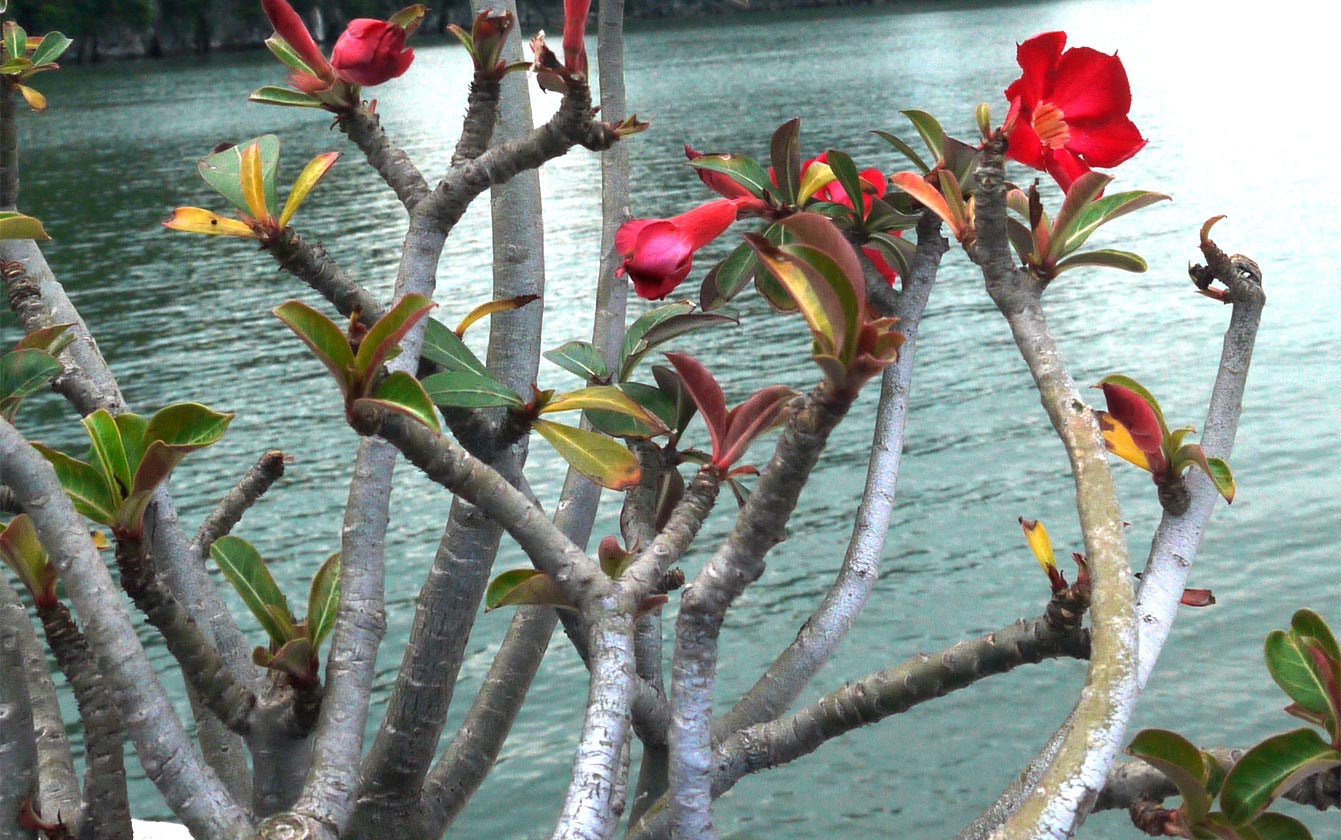 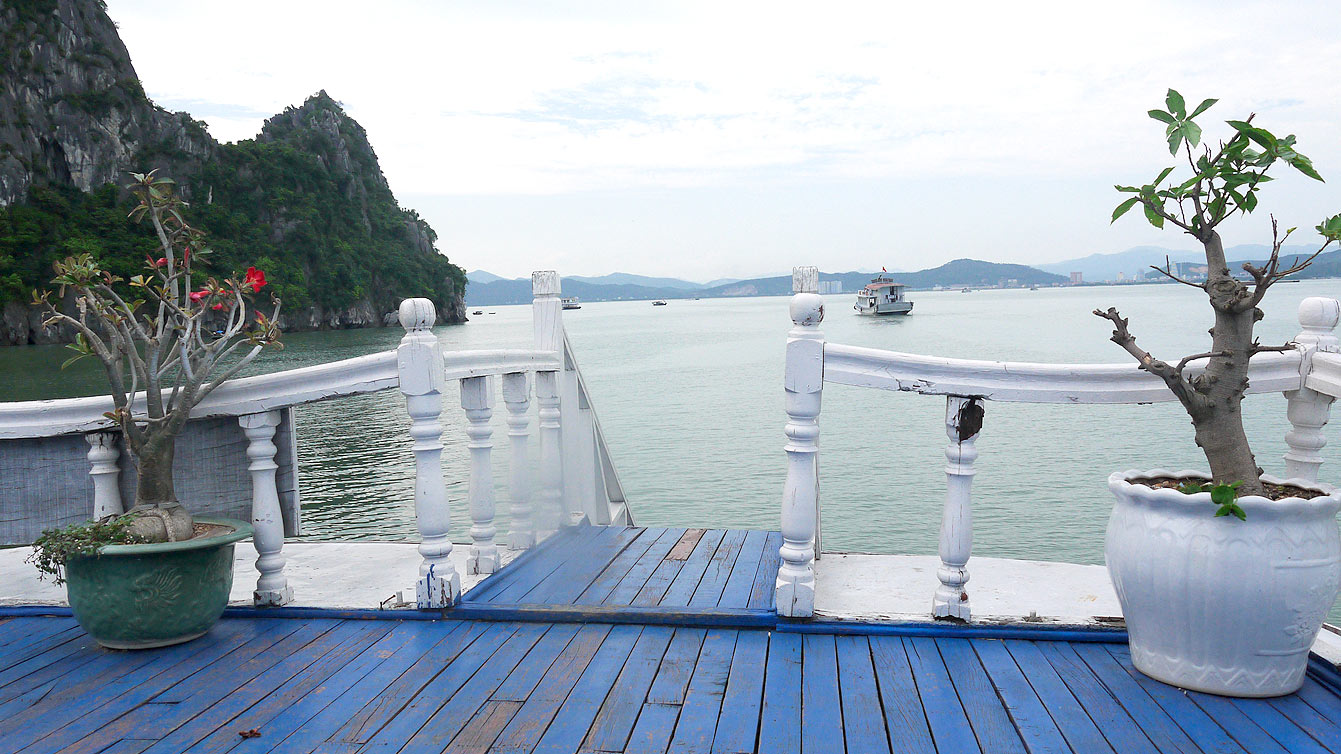 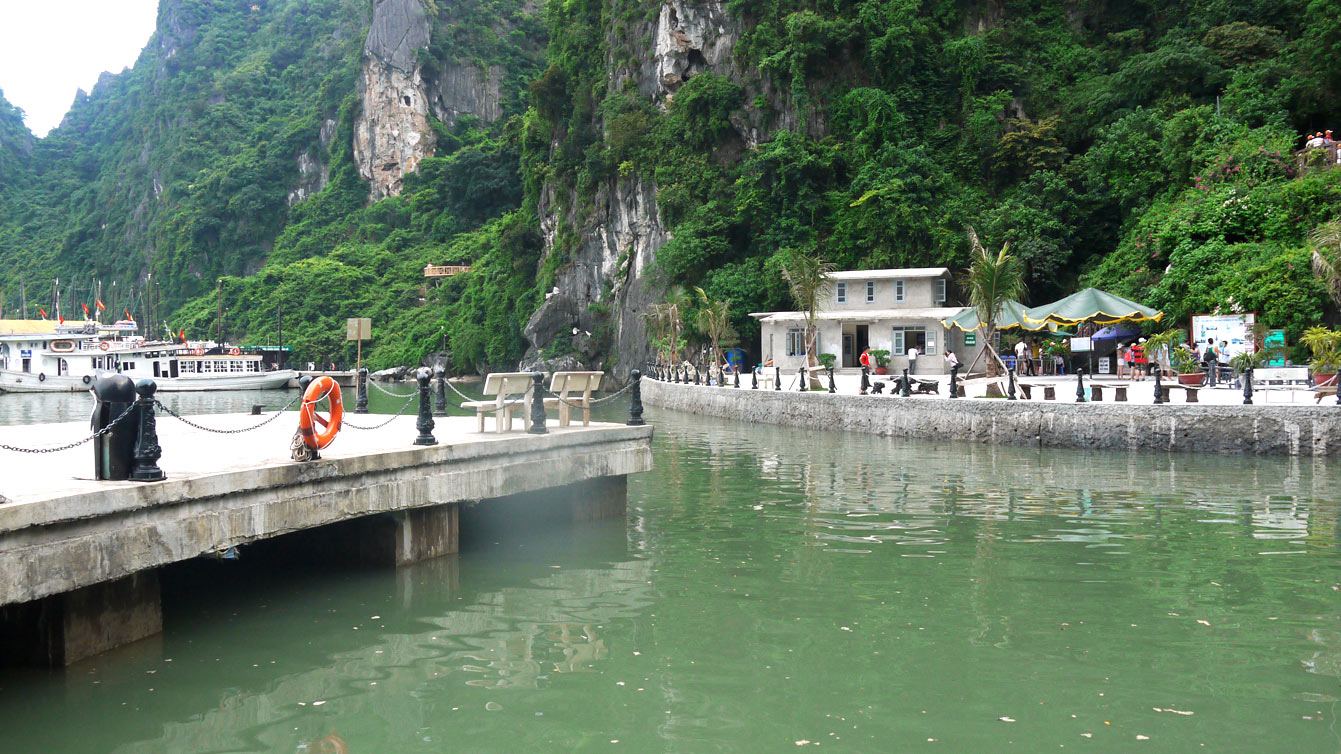 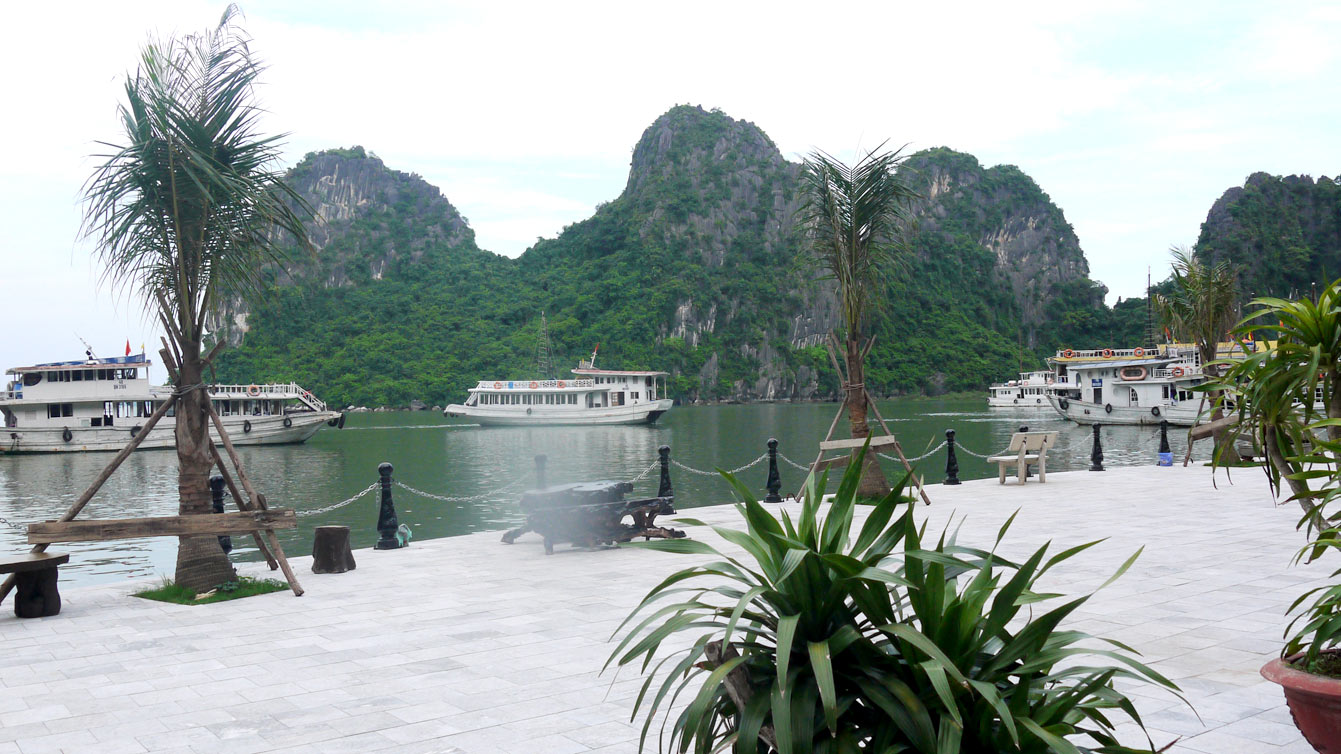 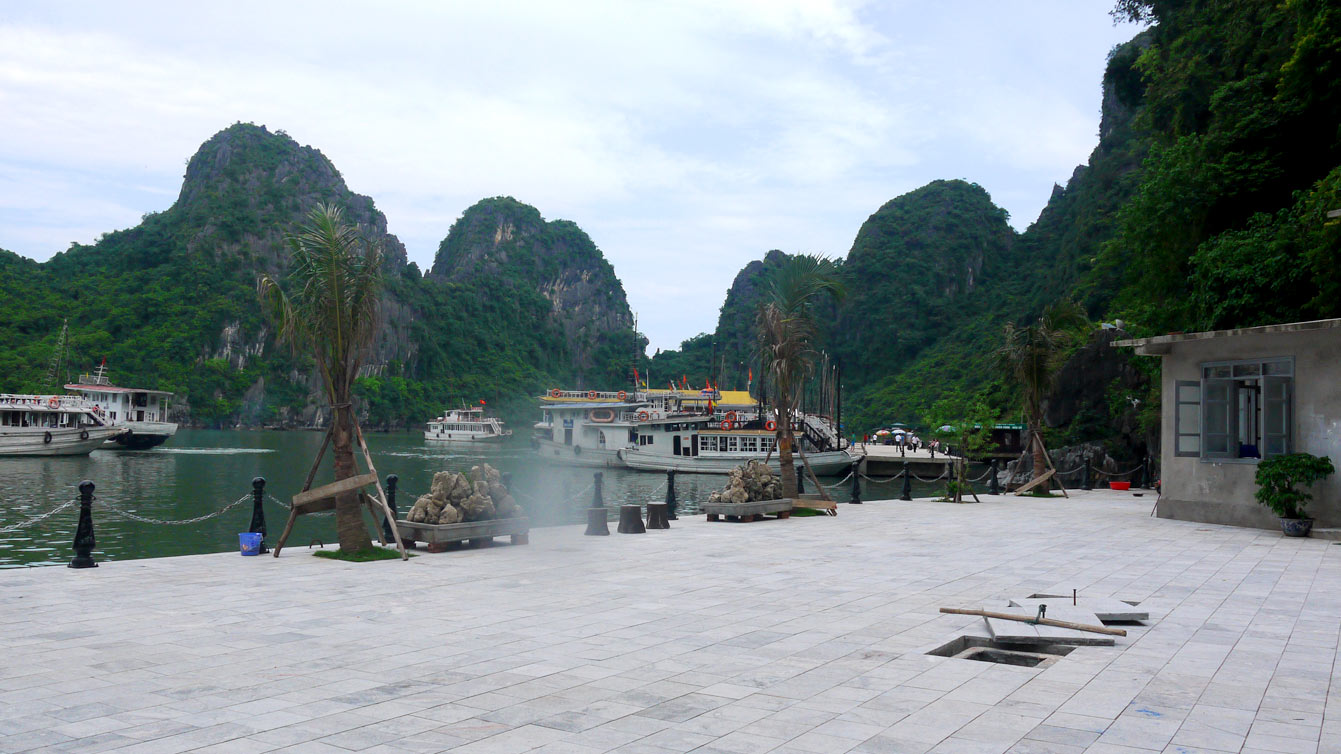 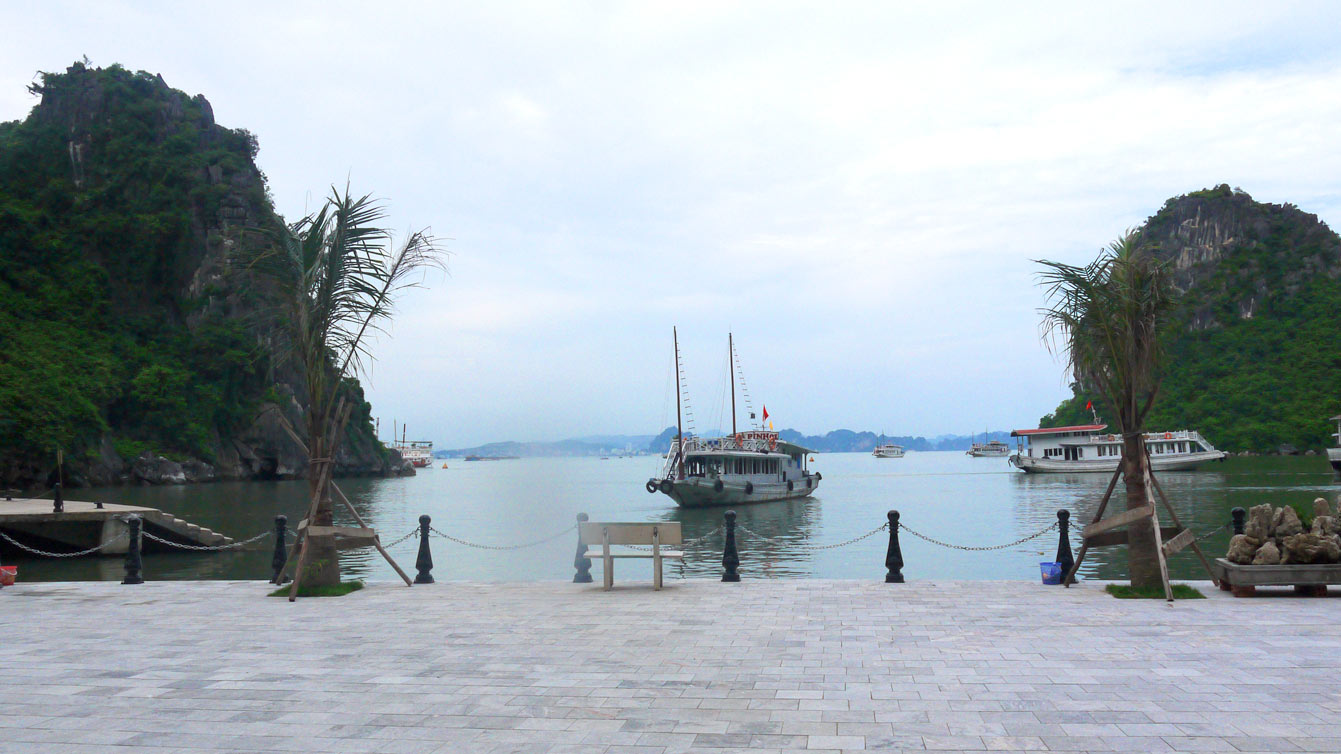 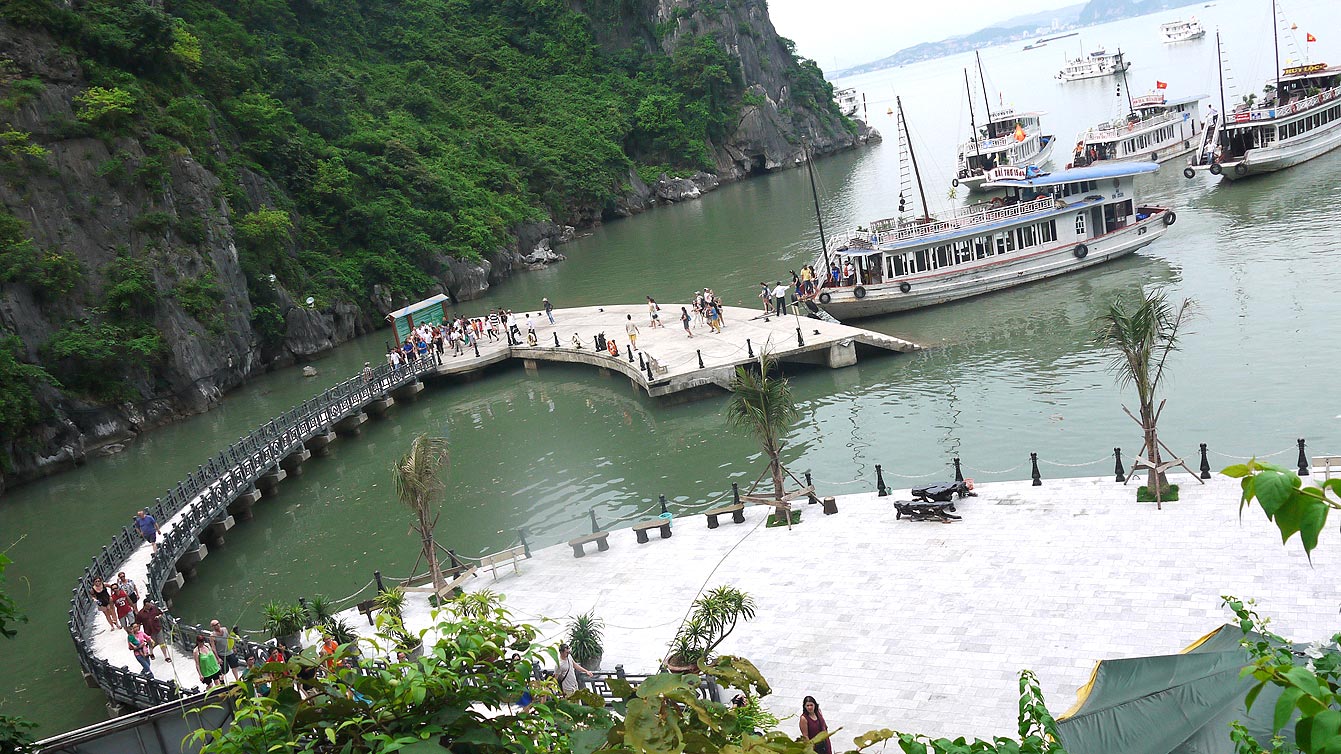 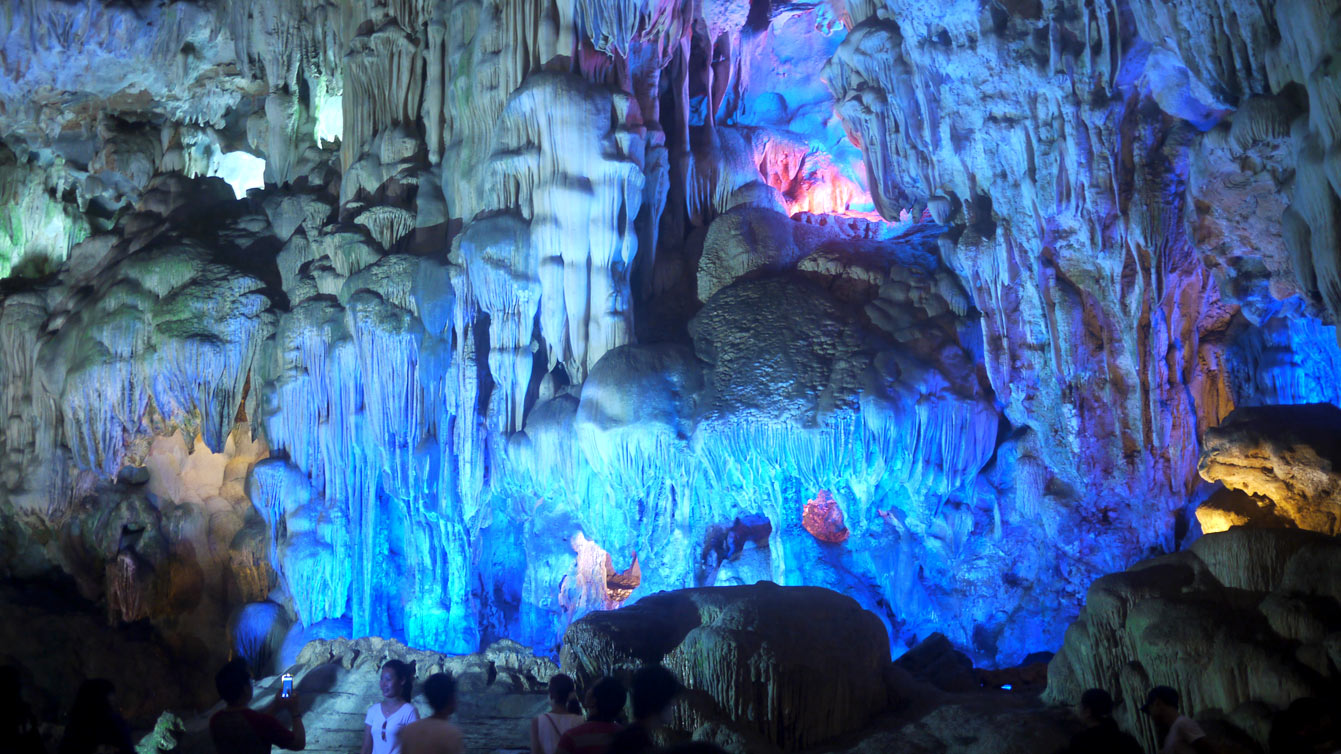