The beginnings of my first trip alone really …

In the queue to register my luggage, provided with my little suitcase of 15 kilos and my porridge Parisian pigeon, I spotted a target 100 km away.
A young woman accosts me and ask if I can take one of his luggage full of gifts for her family. As a Cuban, it is not only limited weight but the more likely to pay a tax.
Given its desolation difficult to remain unmoved. Even though my muzzling due to death on Saint-Bernard-who-is-tapi-au-fond-of me. She continued her litany dramatic, almost sure to shoe the fish I am: “8 years she had not come home” to the country, “it was impossible for it to restrict the number and value of gifts to disappoint her family, she had almost no room to pay for his ticket … ”
Knowing that the day before, I had taken some info on the forums (I had to go to Mexico, but I had to change destination two days before, almost zero preparation for Cuba), I had read that Cuban often asked to foreigners to spend gift bags to avoid being confiscated their luggage or pay a tax. This was not a country affected by drugs and Customs lets tourists but dig Cuban returning.
I then said, “No risk of being illegal things and if I could help someone from an oppressed people hit by injustice, why abstain?”. That was for the good side of the thing. For the less bright side, I did not want to go for a thankless tourist. And the disciplined side of things, a little reminder of the safety rules comes to mind: “Do not accept any luggage or packages of a third party, whatever the motive.“
In short, after hesitation, I finally agree to spend one of his bags for mine. Grateful for my gesture, Yoani * propose to show me around Havana to “local”. I am delighted: nothing could so rejoice. It shows me her friend Marta, Cuban singer.

Aboard and you sit all three sets. The trip was almost a disaster.
Initially, cheerful and very informative, Yoani tells me about her and her country. It is dance teacher in France and was able to leave the country by marrying a French. Otherwise Cubans are not allowed to leave Cuba in 2009 unless artist or marry a foreigner (law changed in 2013). We slide towards the politicized debate. It is both very proud to Fidel Castro what he brought to his people and the other tired of the situation of the country, of the embargo imposed by the United States that impoverish. It respects Castro for what he did, education, access to culture, free medicine, everyone has a home and no one is on the street:
– “We are not facing problems of some capitalist countries (…) My people are more cultured.“
She is shocked to see that the French pay for their admission to the museum and Moulin Rouge should be free.
Marta and she bought two bottles of rum they are quick to whistle. Comes the fiery speech of Barack Obama it descends, Yoani racing and begins to sing loudly creating a crowd around her with Marta that follows. Although I am nase, I admit that it was a pretty special moment to listen. Their song gives me chills.
Then the aircrew shakes, just a steward asks them to keep it down, they disturb passengers who want to sleep. Marta complies. Drunk, Yoani takes very badly and protests :
– “You you are my brother! A brother was the same color and you tell me to shut up! That is unacceptable !“.
She then yells at passengers who are cowards who are silent when it is in his country! (actually in the air …). She feels oppressed, he is denied to express themselves, it comes from France, a country of freedom of expression, it is a shame. She returns to his country is undergoing other and listen. His country dances and sings all the time. She paid for his ticket “as a French“, she has the same rights as others. She starts screaming against those who prevented him from singing. Marta tries to calm her down but the tone rises.

I confess I do not understand too much and I get tiny sitting next to her because everyone looks at us, I understood with big eyes. I do not know what to do. The discussion turns to tears and cries. Powerless, Marta prefers to leave his seat. I expect all sheepish Yoani subsides. She drank too much, she takes everything to heart and I pray that the rum eventually doze. I try to make him see reason in that time, it has nothing to do with nationality, just as passengers yearn for some peace. But even subsided, she says she has trouble understanding that we want to silence. I discover her fragility and Marta explained to me later that they have played because they do not agree. “12 years apart, the young do not take things in the same way in Cuba.”. Exhausted, Yoani fell asleep. Fortunately because I was wondering when everything would stop mayhem. 12 hours of flight thin …

His behavior was a little cool. Very passionate and blood, Yoani makes me a little scared. Yet I feel great generosity on his part and the desire to make me discover their country, culture and family. Arrival in Santiago, for a first start. 1:30 still to wait.

♦ Arrival at the airport of Havana ♦

At Jose Marti airport, I’m complete a medical form when Yoani picks me up at check cabin baggage.
– I have a laptop in this bag that I want to give my sister, saying it is yours or I’ll be in trouble, she said in a whisper.
In short it is not entitled and must declare it.

The customs officer looks at me and wonder if the bag Yoani is mine. My little Cuban looks down. I feel really in a dirty situation and it’s a low blow to me. She could tell me instead of putting me on the fact. It’s really not cool … damn … Well it’s not like I was doing something illegal in a dictatorship, it’s just a socialist one-party regime. We know that we socialism …
– It is up to you this bag? repeat the customs officer in Spanish.
– Yes, I said annoyed. I feel compelled to lie not wanting Yoani be problems.
– It is really you? Insists she
– Yes
– Really ?
The customs officer looks at me severely and is not at all convinced.
So she passed the bag to the scanner and asks me to describe the contents of the bag Yoani supposed to be mine. I realize that if the bag contains something illegal I’m in trouble. But damn what a pain I stuffed … I’m not even informed me about the Cuban prisons … (Good to know for the next time …)
At this point, I have no choice, I have to take my lie until the end and play double or quits. Besides the laptop, I remember she had brought creams, I say toiletries. She makes me open the bag and she comes out T-shirts and a pair of glasses. I have it all wrong. I tremble, I am wrong, I brush the asthma attack but I maintain the look of the customs sheer shit of pride that strikes me I’m a liar.
Worship and severe, she confiscates my passport. And told me to move to the side to be questioned. I am crestfallen …

The customs officer asks me why I lied. And lectured me while making threats. I repeat it endlessly “No comprendo“. It’s time to play the blonde who does not understand anything. not difficult. I finally ask him “Que pasa ahora ? “. (what’s going to happen now?)
She returns Yoani and talking to his colleague. They want more me why I lied. I finally let go a “Es mi amiga“ (my friend), despondently, hoping to soften compassion can be … I mean maybe …
I wonder what will happen to me, if it will leave me or put me on the plane direct return.
Yoani risk of being confiscated his laptop. Unable to get anything out of me during the interrogation, they eventually return my passport and let me go.
Relief …

I await “my” 2 luggage, Yoani joined me. She told me to pretend that his suitcase was mine. I take them and puts them on a cart and go away quietly. Cuban must show their passport to get out, not me. And then I turn around and I see that refuses to Yoani out. I wonder if we waited for me to go to retain it …

I spot Marta and asks if she can recover the suitcase. She said no, but told me to follow her mother to introduce me Yoani quickly. There are too many armed soldiers at the airport, I can not deliver the bag, it’s too risky. Already I had to make me stop a first time, I’m not sure they like repeat offenders in this country: / (damn, damn, damn ….)
I then told Marta not leave me eyes, the exchange must be done discreetly out of sight. So I move away from them and do back and forth just to show that I’m clueless and I seek the right bus to Havana. A real headache. I have the impression of being in a foreign spy movie with the added bonus of men in uniform and armed to the teeth mailed to each meter to make me freak. This case is a real ball … I’m going in circles, there is always a soldier in my field of view. I sweat, adrenaline rises …
Finally, helped by the night falls, the back of a bus offers me a blind spot. I give up the bag, checking that no one saw me except of course the mother of Marta.

I quickly got into my bus, tired but not without some anxiety. The film goes on in my head when the bus starts scroll saw for the first time on the night the “old American” and inscriptions extolling the benefits of the Revolution and the homeland. I’m really in another galaxy. My heart that beats remembering my last 2 hours and what I had to do.
Have I been unconscious, reckless, beneficial? I’m a little clueless …

Arrival at the hotel, the lights do not work, I can not open the windows. I can take pictures of the view from my hotel Presidente. Only between 2 blinds. I feel imprisoned.

I do not sleep, I have a headache and two red dots will flash above my bed I try to put it out but there is nothing to do. Clim, camera, fire thing? I do not know what it is.
The next day, I try to join Yoani. Having no answer, I try to join Marta. without success. They also have my number. Maybe I was wrong in the figures, Yoani promised me we would leave together, she would make me discover his country differently from the vision of a tourist.
But I never had any news …
As for Marta, I saw her on the plane back to France. She looked down to see me …

“Disappointment, bitterness, disillusionment, fooled” are the feelings I have when I look back on this story …

* Yoani : the name was changed 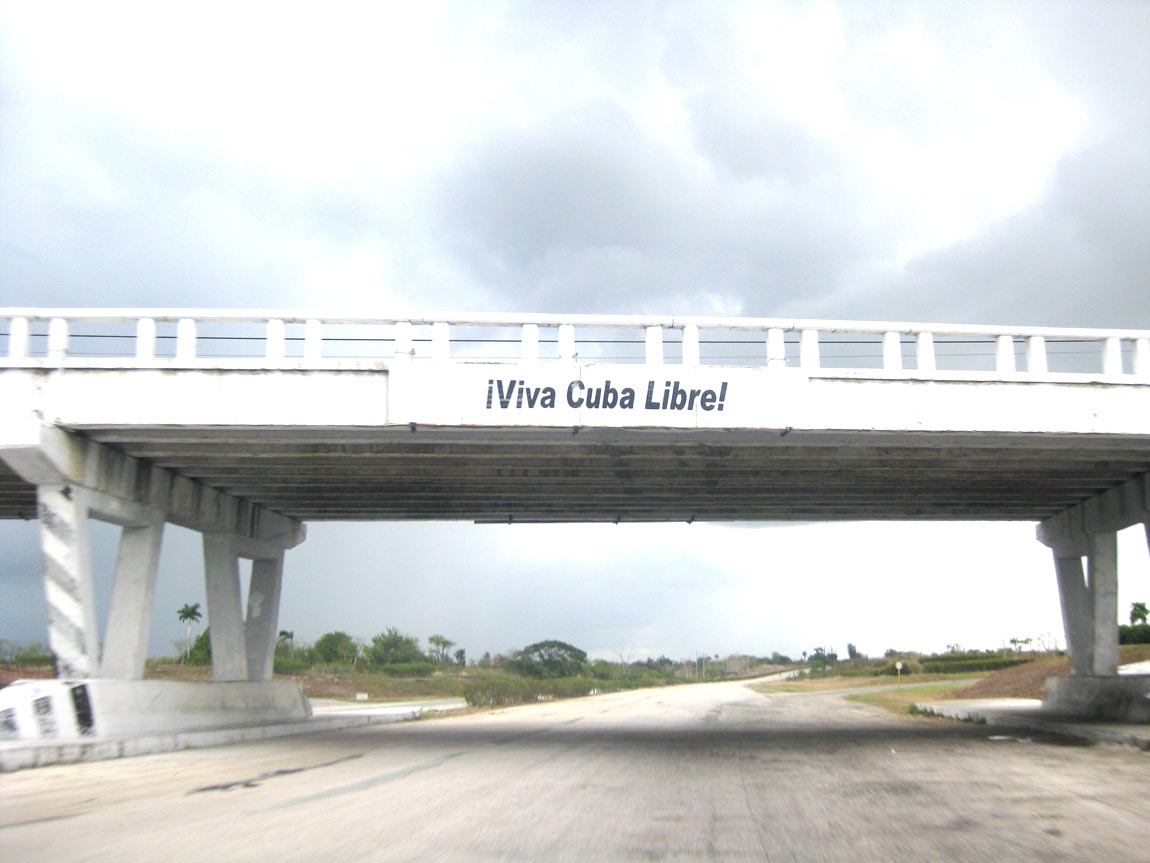 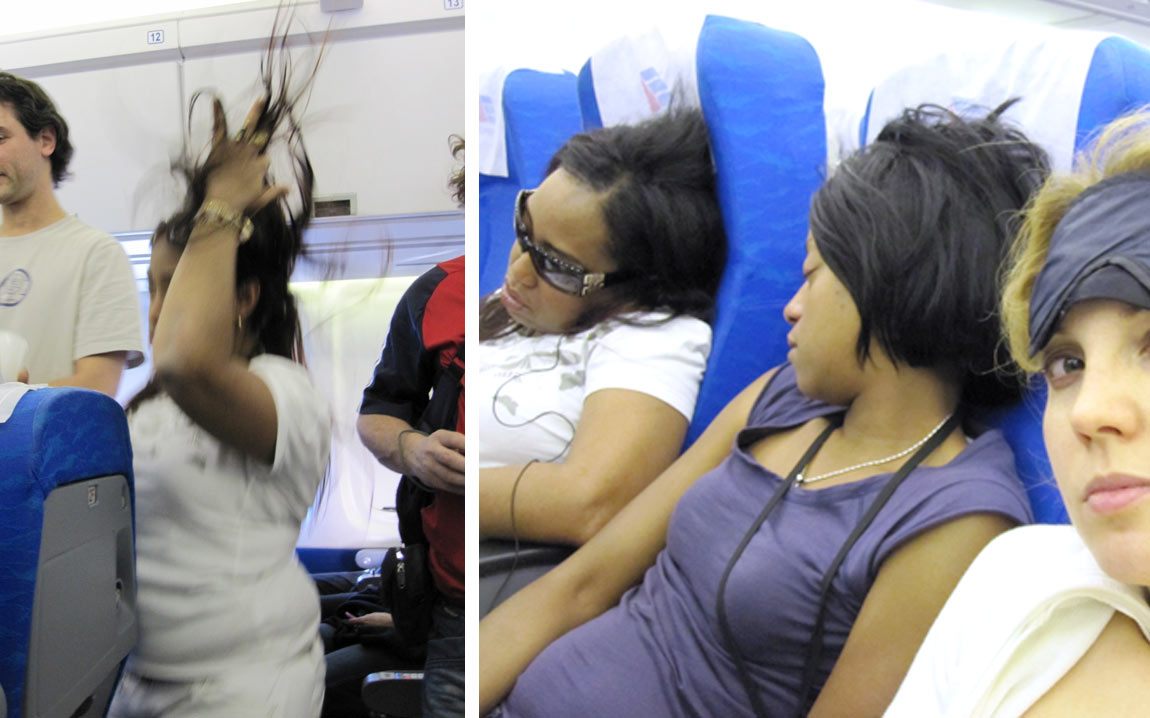