The visit to the park is free. Unless you visit the monumental area, one of the most interesting parts, especially for the french film L’Auberge Espagnole. Access is limited to 400 visitors every 30 minutes (because it is the most visited and fragile area), I did not have this concern when arriving at the hour of sunset in the month of November. Because it does not occur to many people to visit the park after dark at the approach of winter. And yet it was a nice relaxing time …

○ For the story…

The famous Park Güell is the work of architect Antoine Gaudí responsible for carrying out the construction project of a residential area designed on the English model for affluent families on a large property bought by Eusebi Güell. It was built between 1900 and 1914. Its location offers splendid views of the sea and the plain of Barcelona. The construction of 60 houses were originally planned but the cost of construction has made the project unsustainable route. In 1922, Barcelona City Council bought the park and opened as a public garden.

Gaudi achieved a deep urbanistic thinking to shape all striving both to maintain the natural relief but also to give free rein to his imagination while creating a work full of symbolic content.

Park Güell
Entrance to the monumental area € 8 (€ 7 online)
Also allows the visit to the Casa del Guarda (guardian of the house)
www.parkguell.cat/en/ 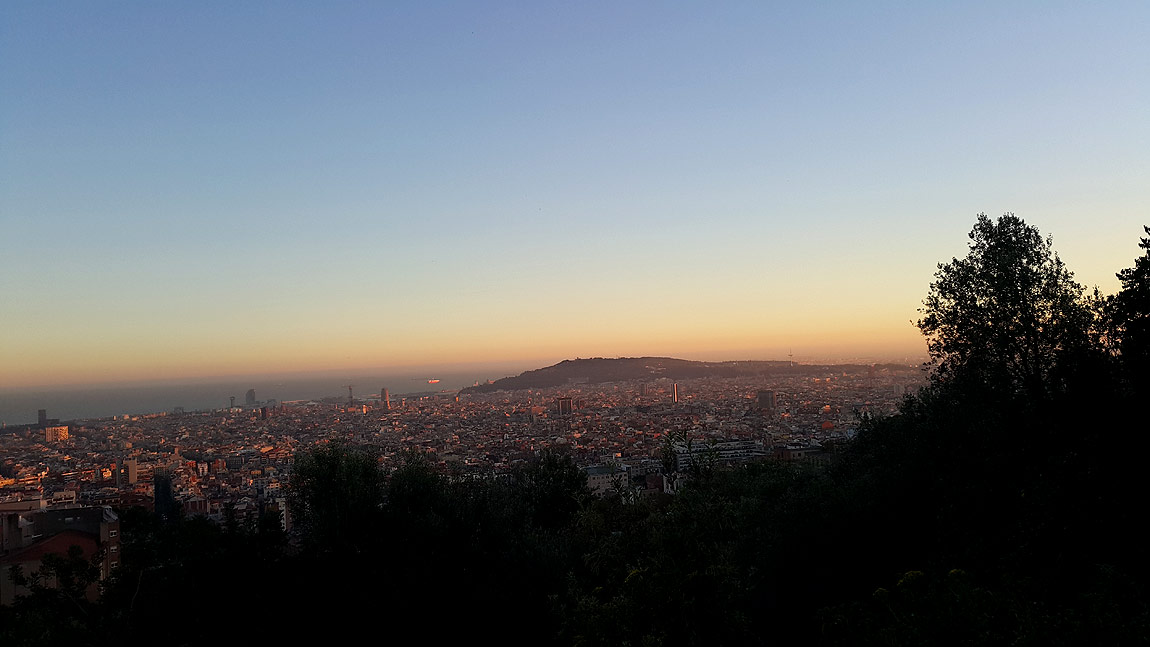 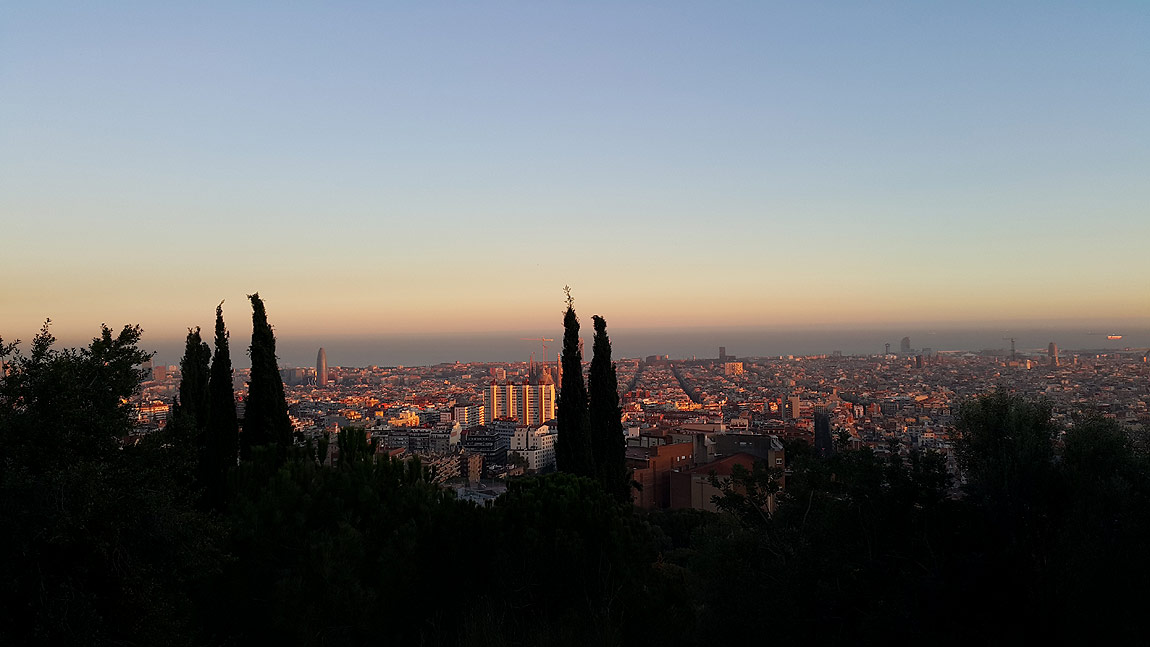 View of the Park Güell in Barcelona close 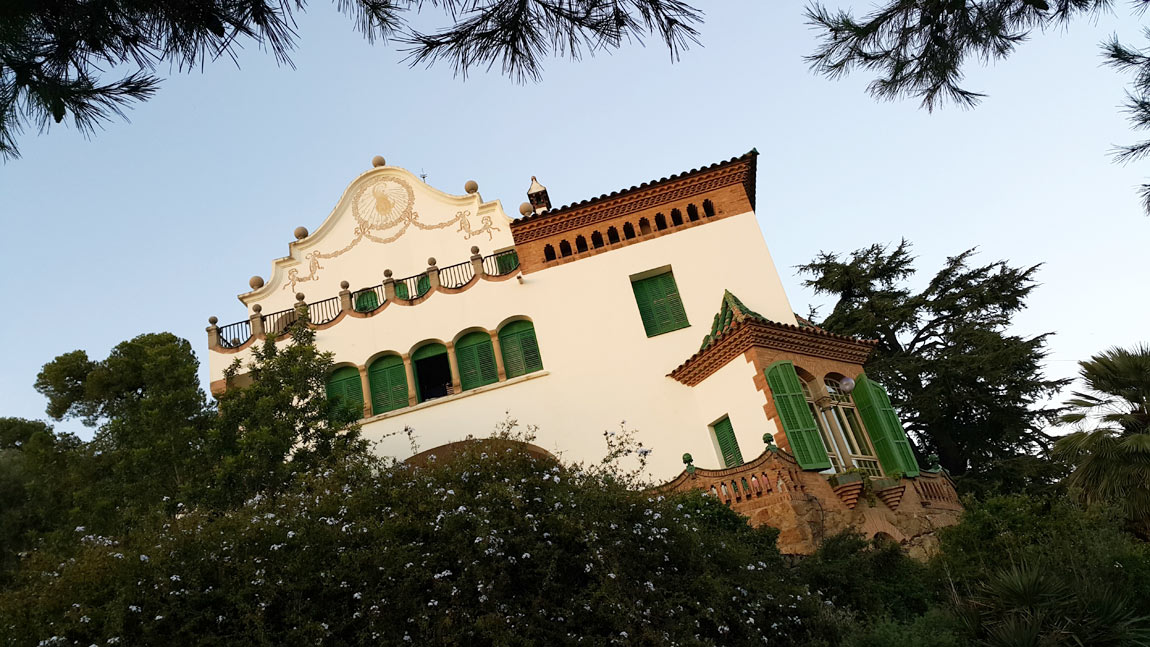 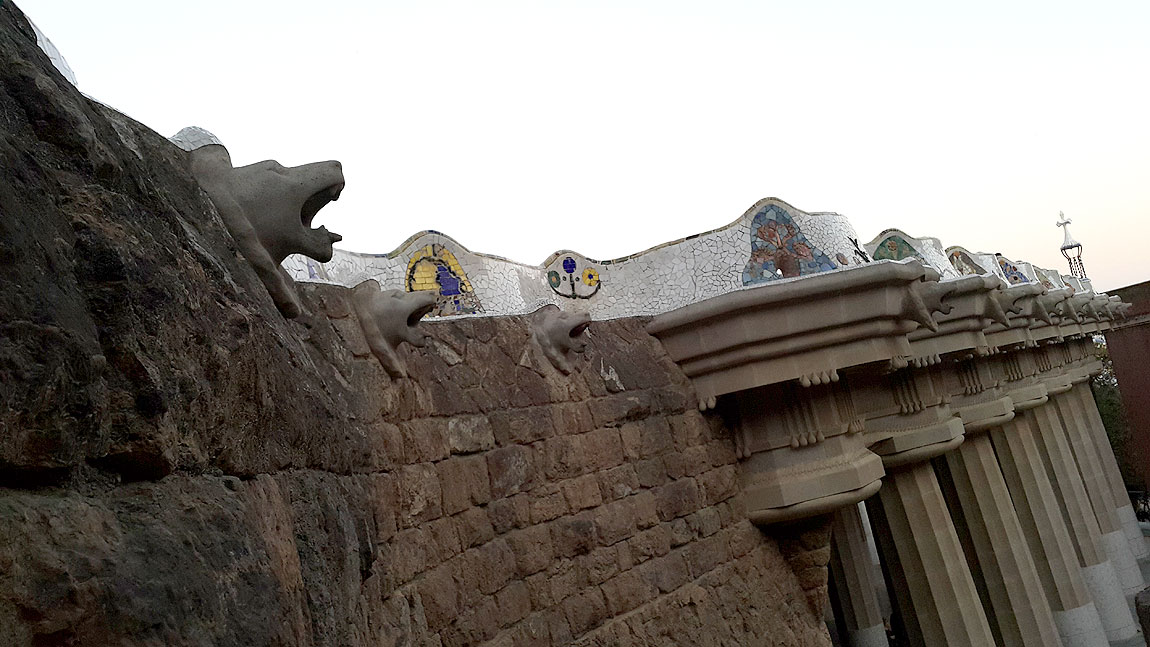 Pillared hall lies beneath the columns 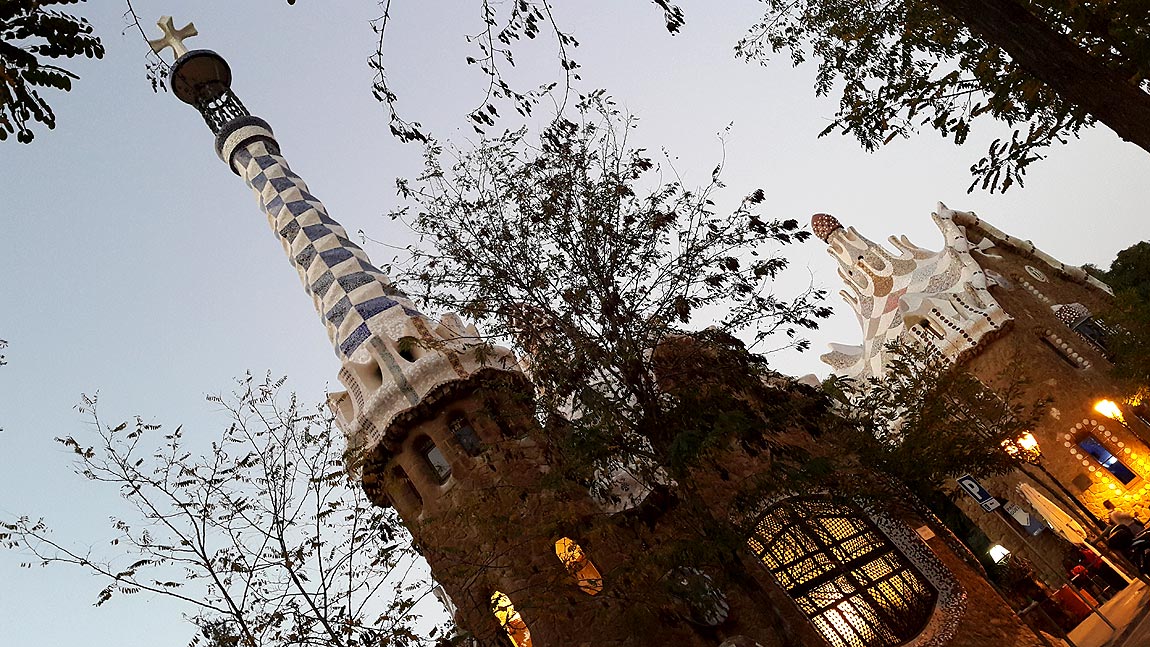 Parc Güell is a symbolic space of the city of Barcelona, declared a UNESCO World Heritage, and receives daily a large influx of visitors. 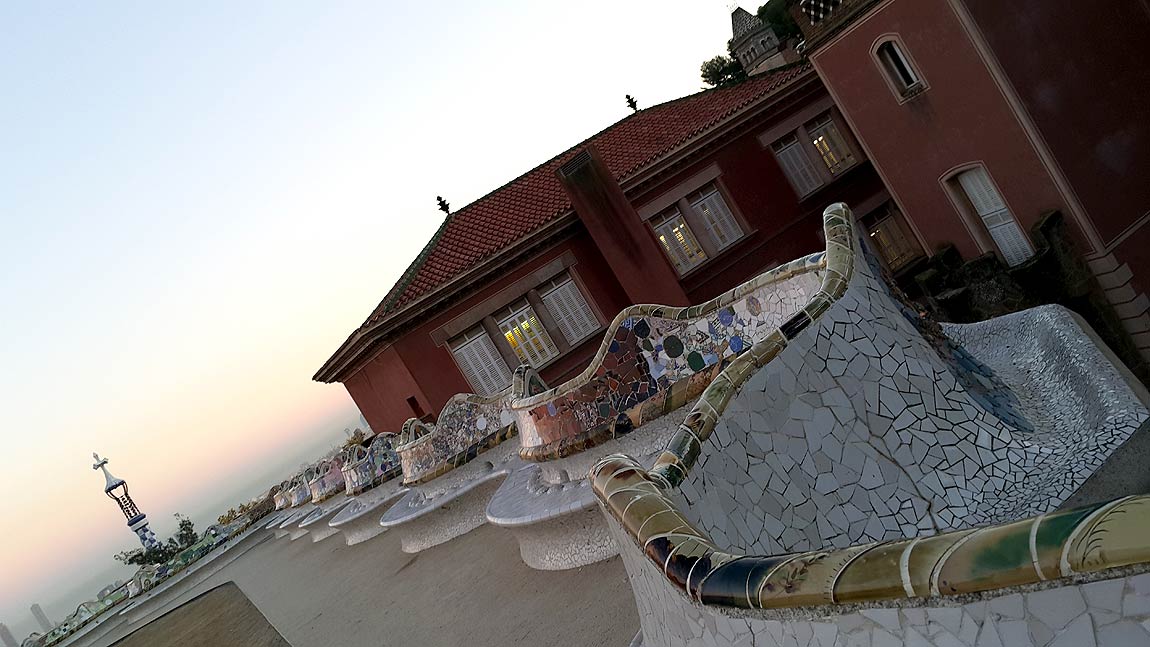 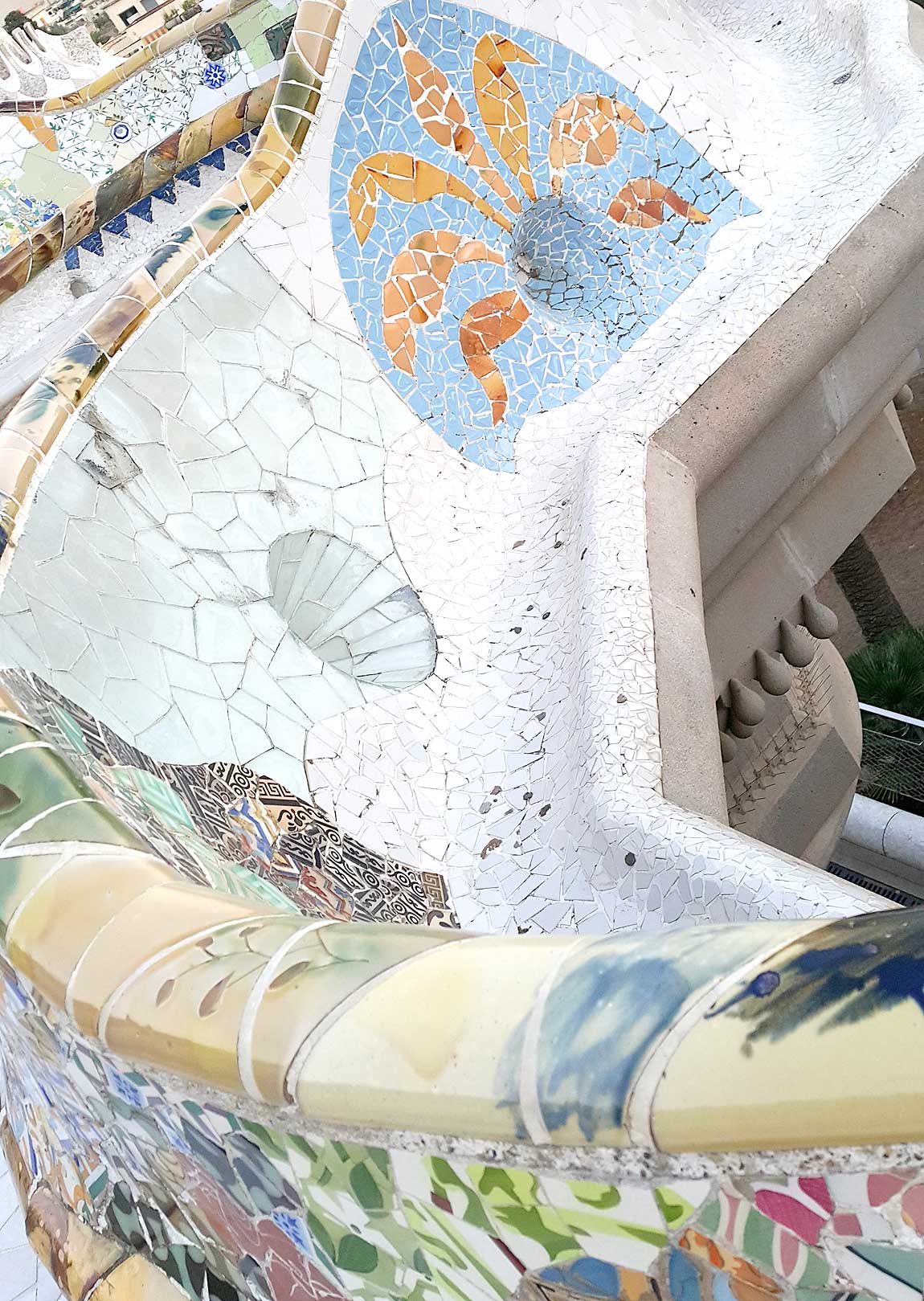 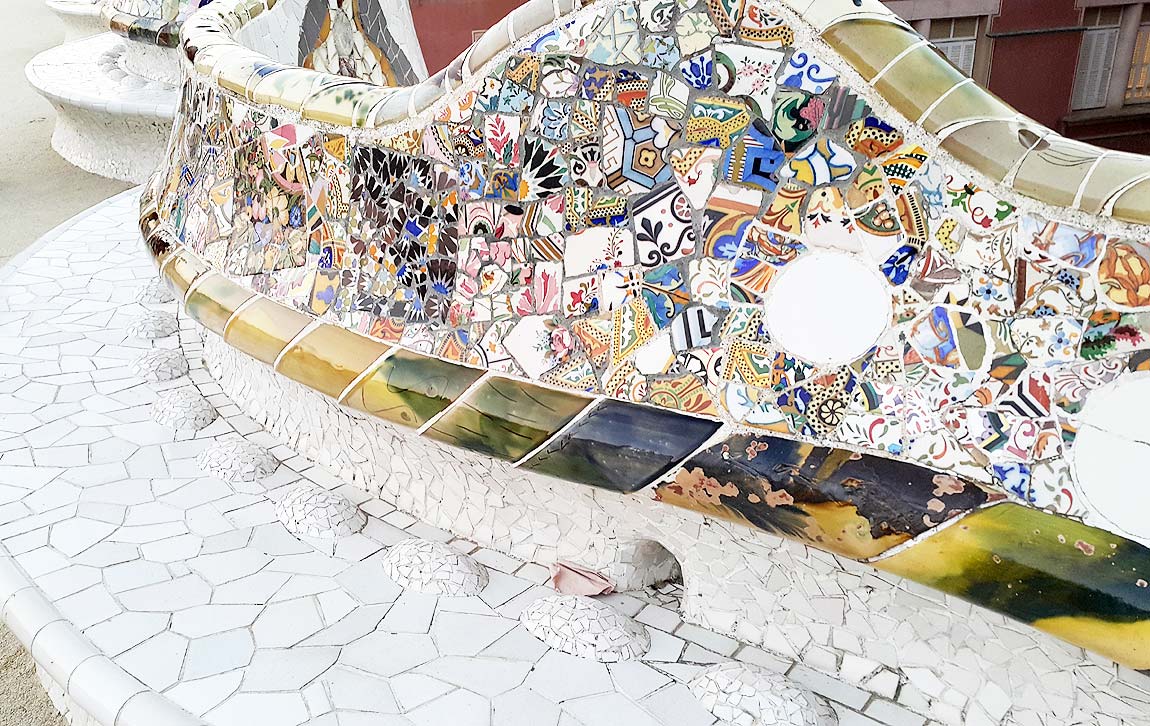 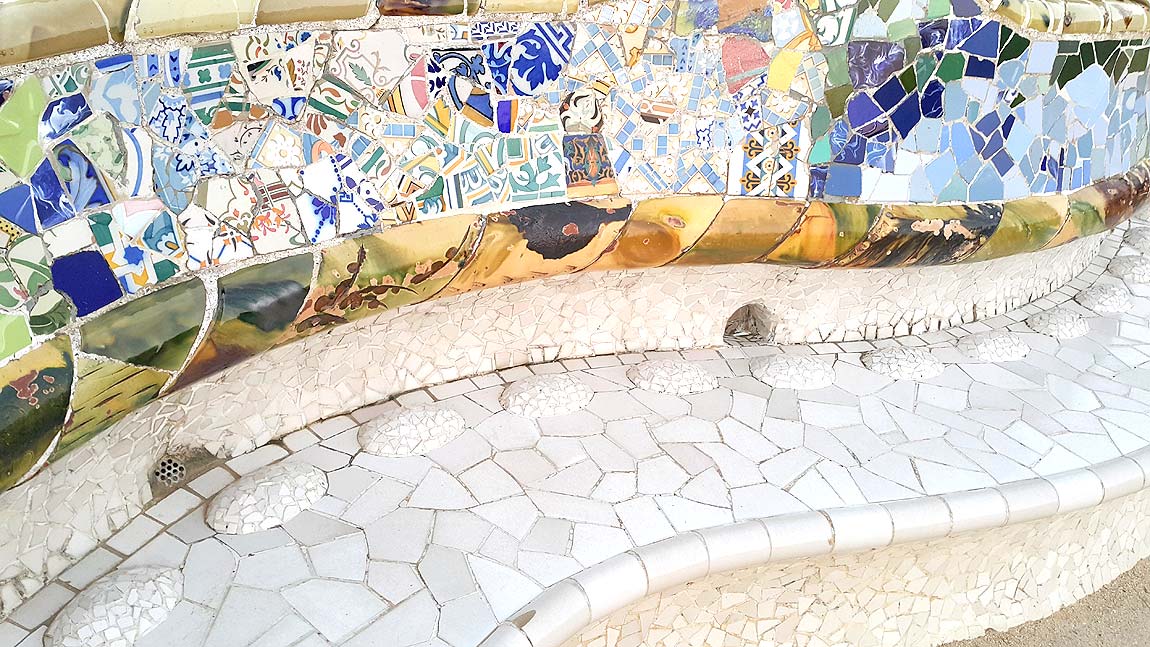 Trencadís: is to dress surfaces with small fragments of broken pottery 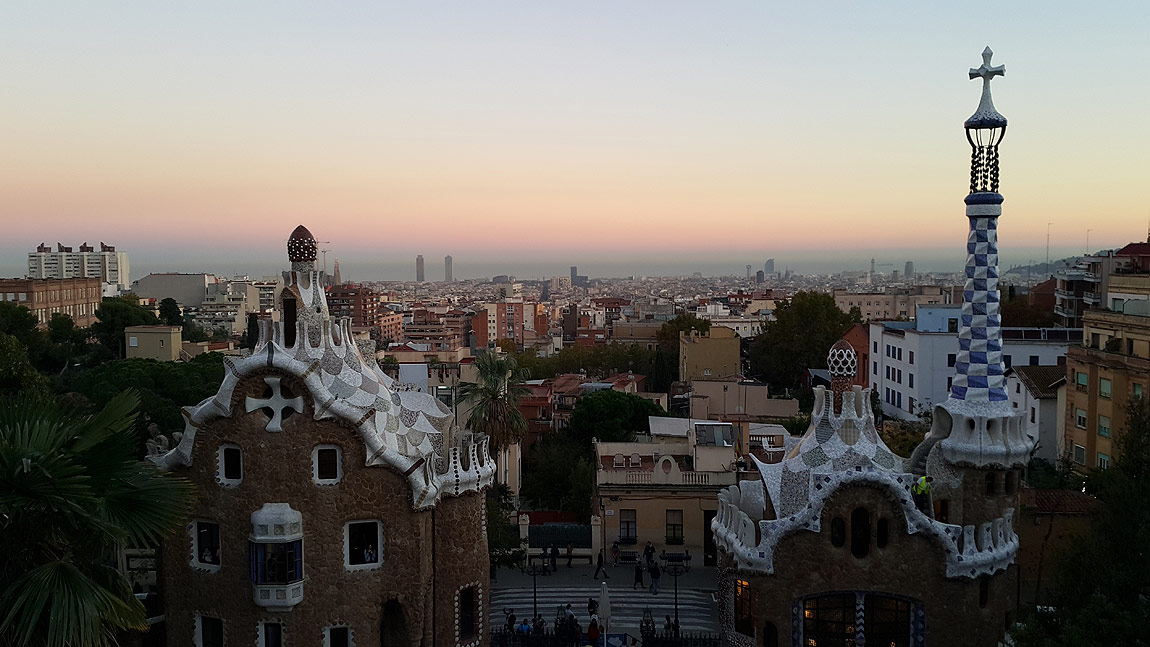 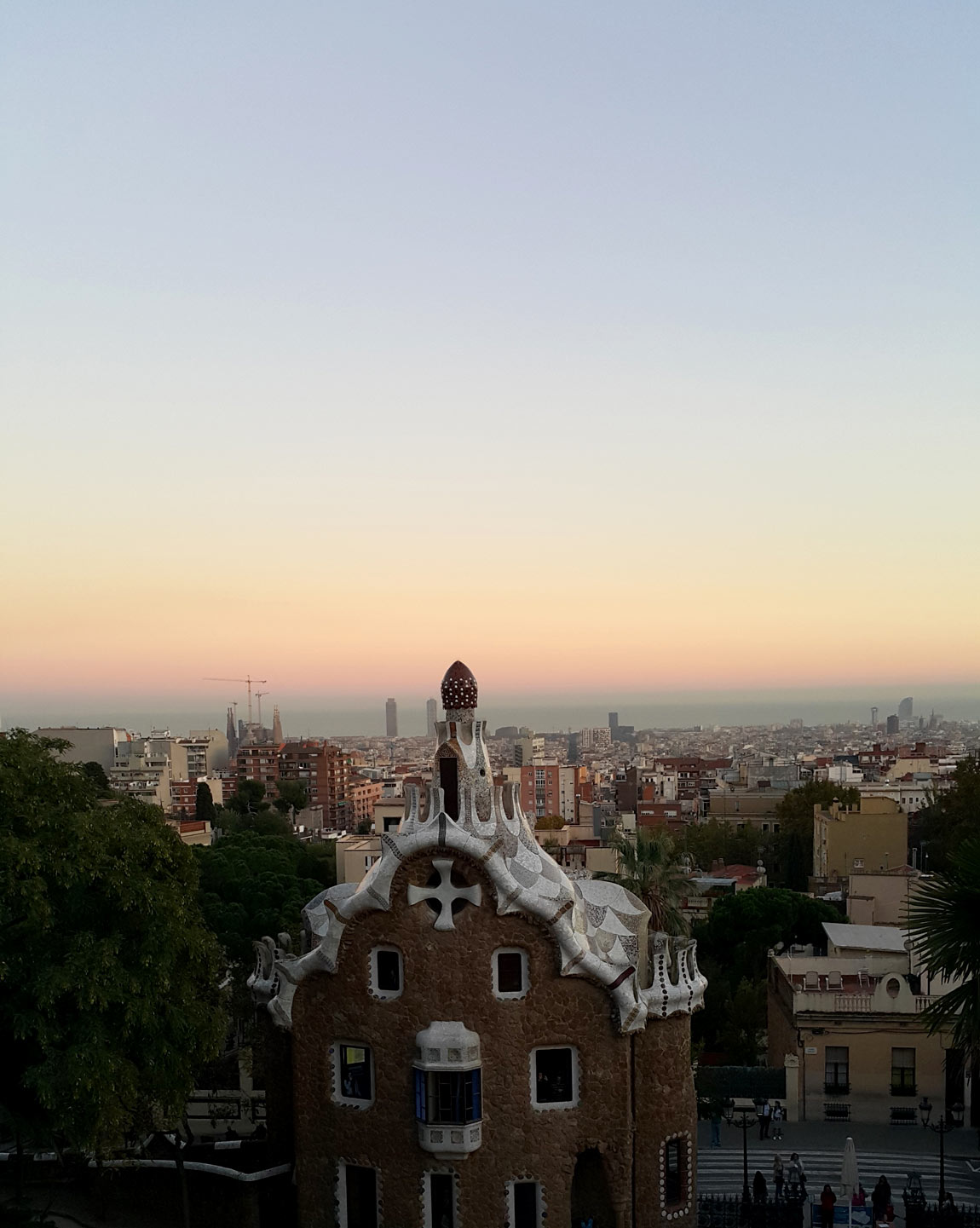 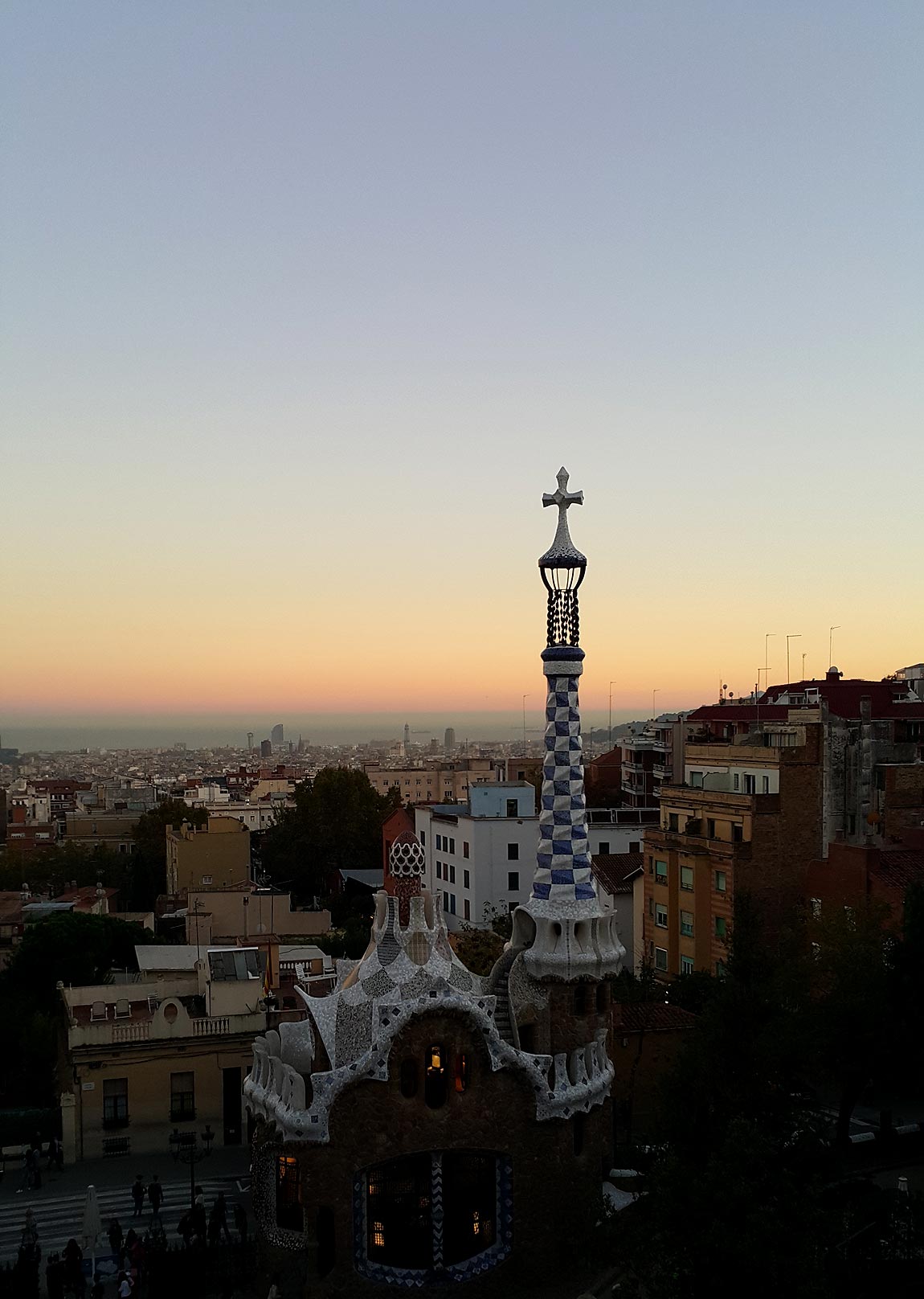 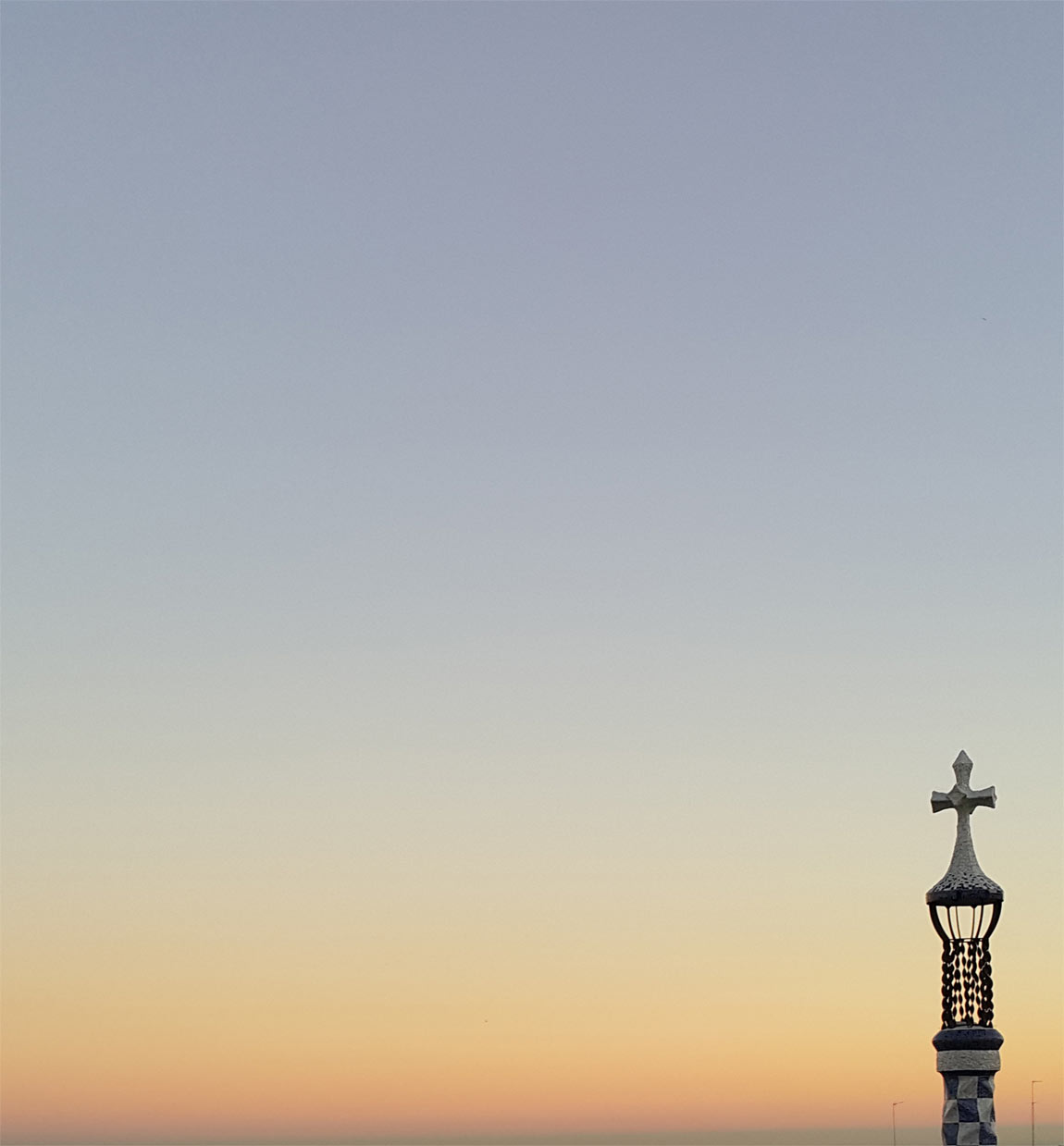 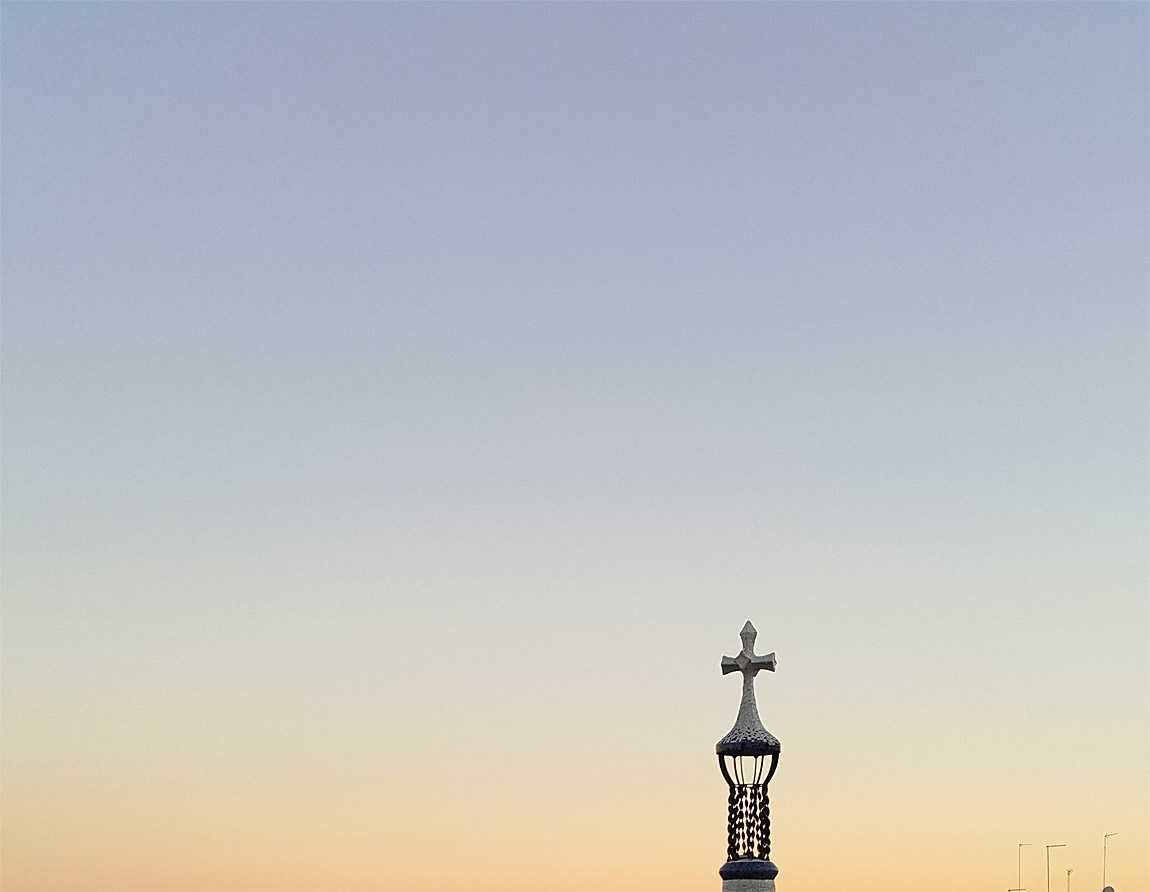